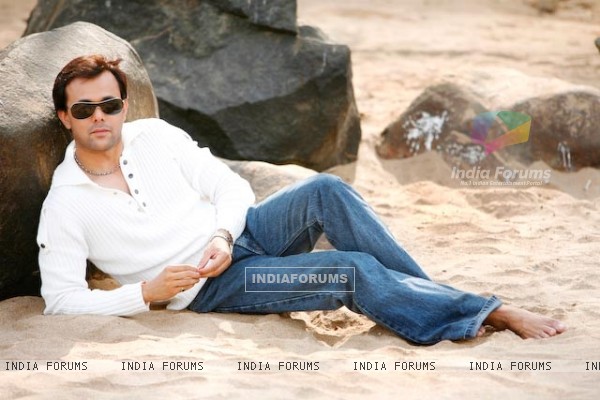 Comedian, performer, extremely kind hearted person Sumeet Raghavan who has won accolades for his performance in Star One's much loved show Sarabhai Vs Sarabhai as Sahil is all set and geared up to make a comeback after 3 long years on the small screen. He will soon be seen sharing the silver screen with the handsome actor Akshay Kumar and the beautiful Sonakshi Sinha.

We got in touch with this talented actor Sumeet Raghavan who is speaking about his bonding with television, experience of working on the big screen and regarding his new show Badi Door Se Aaye Hain to be aired on SAB TV.

How was it working and sharing the screen with such stars?

My whole experience of working on the film was great. Working with the talented director and writer of Holiday, A R Murugadoss was too good. It was just like a cakewalk. I have a good role in the film. And doing a film which has like four mega stars in it is a hit in itself. I felt good working with everyone.

What made you pick this show?

If you go to see my career graph, I have an old association with Jamndas Majethia of Hats Off Productions. It was only because of SAB TV and Hats Off Productions that I took up this show. When you keep doing comedy for a long time and that do daily, there comes a time when you get tired of it. You need a break. And during that time Holiday, the film happened to me. So I took up the opportunity. 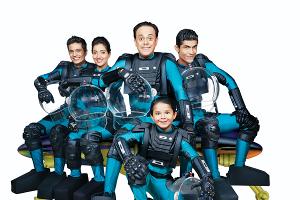 What is the show all about?

The show is about five aliens coming on earth. It is a family - husband, wife, younger brother and two kids. They get to know from somewhere that their third child is in Sunshine society so they come on earth. There they meet different people and obviously people on earth look very different from how the alien family looks. It is an entire process of transformation of these aliens from other planet to normal people."

How is it getting associated to people like J D Majethia and Vipul Shah again?

Working with them has always been great and absolutely a pleasure. I have worked with J D Majethia in Sarabhai Vs Sarabhai last. It was a long wait. But I think what actually made me take up this show was trust factor on my producers and the channel SAB TV. Both of them have always been extremely supporting.

Okay, we have seen you in so many shows portraying a comic role. Would you like to see yourself experimenting with other genres as well?

I think every actor wants to try and experiment a variety of roles. I have not restricted myself only to comedy. I love to work. If the role excites me, I will definitely take up. Be it the role of a villain.

Will we get to see you on television more often or on the silver screen?

I will take up the role which provides me with good money, helps me pay my loan and EMI (laughs aloud!).

If we talk about shows like Big Boss, it is a big No No! No matter how much money they pay me, I will never take up a show like this. I might take up a dance reality show but nothing else. But to be very honest, reality shows do not interest me much. If you are anchoring a reality show then it is a different thing but being a participant is not easy. I am not keen at doing reality shows.

We have seen you doing a variety of shows, singing in a reality show and soon as a Bollywood actor. We want to know what gives Sumeet happiness. How is Sumeet in real life?

-Small things in life make me happy. If my character is happy and positive, I am also happy.

-Some really small things like cleanliness, punctuality, obeying the rules and regulations is something I like. We always follow them when we are at home but we tend to forget them as soon as we are out of our home. In real life Sumeet is very simple.

Well, Sumeet, we at TellyBuzz wish you all the good luck for your new show and your film as well!

designersaini 6 years ago sumeet as sahil in SvS...aah...loved dat show n all d characters were jst epic...welcome back sumeet in ur new show...all d bst fr it

sukritiaanand 6 years ago wow!! That was a cool interview.. Sumeet dada is the best actor and m soo looking forward to this show and also this SVS team again.. I trust them completely so i know its gonna be awesome.. It is like SVS come back only for me :) :) All the best to the whole team of BADI DOOR SE AAYA HAI.. &lt;3 &lt;3

Miss Sahil and SVS so much

1likeNoOther 6 years ago Loved Sarabhai and still do watch it sometimes!

Marathi_Mulgi 6 years ago welcome back sumit you possess many arts!! like you from "faster Fene' days! SVS you rock as sahil
like you singing duniyadari song!!
best luck for new show! waiting egarly for it. Thanks JD to get him back on TV!!