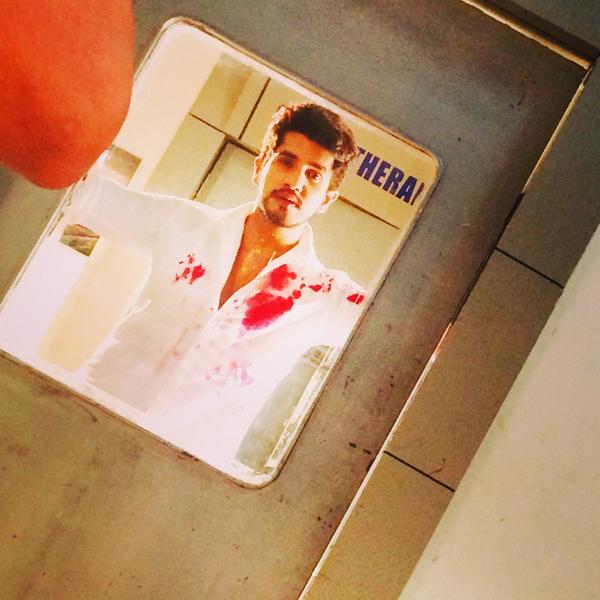 Talented Suyyash Rai who was last seen on Bindass show Yeh Hai Aashiqui is all set to launch his first singing video Khushnuma. The actor has proved himself as a model as well as an actor and now he is on his way to explore his singing talent. The actor has sung before in a newly created version of the famous romantic track Tum hi Ho which was originally sung by Arijit Singh. This is the first time he is coming up with an original number for his fans.

TellyBuzz contacted the talented actor to know further about his venture.

How excited are you for your debut singing video?

I am very much excited. I have done a lot of research for the title Khushnuma, I have checked on You Tube for the name because it should not be used before as I wanted to bring out an original and new name which is meant by me and it has not come anywhere else.

I have started posting about my first single on social networking sites and I am getting good response for it, people are looking forward to it. It is an altogether new journey for me as the song is new; the singing and compostion part was quite challenging and interesting. I made sure that the lyrics for the song should be fresh and great so I came up with 'Khushnuma' which is unique according to me.

What made you to enter into Music?

I am very fond of singing. After coming to Mumbai I made friends who were some or the other way related to music so I developed  my interest towards music. Then Kishwer's mom is into music from quite a long time so she had a great knowledge about the same. She knew how it works and she encouraged me for singing. She was the one who appreciated my voice and told that it suits for the song. Then the journey started it required a lot of hard work and I am happy with the way my career is going.

You have your girlfriend Kishwer Merchantt being a part of the video as well as she has sung along with you, how was your experience shooting with her?

We have just started shooting for video. We have shot one day and now we will be leaving to Lonavala for further shoot. Shooting with Kishwer is fun, I get to learn a lot from her. I still remember during our show Pyaar Kii Ye Ek Kahaani she was the one who used to come to my room and frankly tells me whether I am going right or wrong in acting and used to correct me for the same. Till now I learned acting from her but for singing it was other way round. For recording she was facing difficulties and I taught her to be confident and sing freely. Our fans will get to see our chemistry in the single as it is a love song, I hope they enjoy watching us on the video.

So how will be the launch of your first single; Khushnuma?

It will be a grand event. All the media person will be invited there. Half of the Television industry will be present as I can say minimum 50-60 TV actors will show their presence. Even the producers have promised to be present for the event.

Not only TV industry people but also many music composers will be attending the event. I want this event to be huge so that I can reach out to maximum number of audience's. It will be a live event and will be showcased on You Tube as well. The release of the song is expected to be out before Ganpati now it depends when the song will be ready but it will be on a week day between 24-29th August.

We wish Suyyash good luck for your new venture!

Aly Goni says ''Would have eventually done Bigg Boss 14, thought to do ...

niyati13 6 years ago all the best suyash..would love to hear u

sukuvivu 6 years ago all the best Suyash.U really have beautiful voice.so we wish u really go ahead with it.just one wish from ur pkyek fans-Can we get to see ur costars of pkyek or can say pkyek gang over there-First kish n RD then we want to see Sukirti ur KYIH costar n ofcourse Viv too.priya wal n sidharth karnick too.plz .plz.god bless u both.