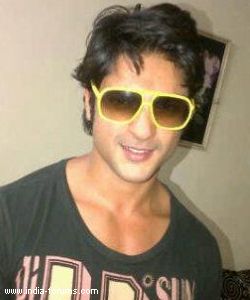 TellyBuzz brings to you the Spooky and Uncanny column with your favorite Telly stars and tries to find out their beliefs in supernatural and their brush with the uncanny! This week we have Ashish Kapoor with us, who is last seen as Kabir in Star Plus' Saraswatichandra.

Let's find out what Ashish has to share with us...

Do you believe in the supernatural?

Somewhere yes and somewhere I don't, especially in my childhood I used to easily get scare. I remember in Delhi we used to have bungalows with chajja and my elder brother used to scare me by throwing ball on the wall and when it bounced back he use to say bhoot ball phek raha hai and if ball used to get stuck there then bhoot ne ball pakad liya. As a kid I believe what he said.

In 1954 we shifted our house. So there was a route which we had to cross to go to home and there were speculations that some lady met with an accident at that spot. So  every night she used to come and scare people. Many people have seen her. So I used to get very scared and till now I don't cross that route alone.

In the beginning when I came to Mumbai in my flat suddenly doors and windows used to get shut which scared me a lot as it was very unusual for me. Then my mom came to Mumbai and we did performed some pooja for this, Pandit even shifted my temple situated at the window to some other place. But shutting of doors and windows didn't stop later on I understood it's because of wind coming from the beach side as I was new in Mumbai so this was really scary for me.

Yes as I said I was new in Mumbai so was not aware about RAF area in building. The impact of RAF scared me a lot with its unusual noise coming from the area like ooo. But now I am used to it.

I have seen 1st part of the film Ring long time back with my brother and I remember while coming back it was late at night we were driving. At that moment none of us dared to look behind whether anyone is following us or not.

I got a dare to go to a haunted place but luckily the watchmen didn't allow getting in. Even with my friends we planned for Kabristan but it never happened.

Vishdrmzzz 6 years ago What a sweet interview
Just loved it

ashulover88 6 years ago Nice interview Ashish
Love u as Kabir

taraashu 6 years ago A big hug for you Ashu. The best actor ever

shipraaa 6 years ago Ashish you are doing a great job in SC...love u as Kabir

tarannum_sweet 6 years ago IF please keep sharing such sweeet articles about Ashish...Thank u

tara02 6 years ago Such a nice interview Ashish...love u in SC