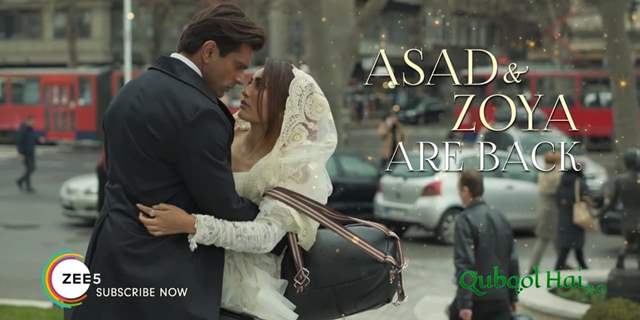 Karan Singh Grover and Surbhi Jyoti first came together on screens for the much loved show that Qubool Hai continues to be. It featured the two as the leading pair and the show aired on Zee TV. It had a successive run and witnessed a lot of layers over the almost 3 and a half years that it aired.

And it was last year that the digital sequel to the show was announced while Karan and Surbhi also returned for the show. Today, the teaser featuring the duo came out and it looks like fans are in for quite the treat after all. Twitter seems to be overwhelmed with the teaser, and so is everyone else. The teaser also announced the streaming date and the show will begin streaming from March 12, 2021.

Karan was last seen in Kasautii Zindagii Kay season 2 as Mr. Bajaj, and he was received very popularly with the fans. As for Surbhi, she made a cameo in Yehh Jadu Hai Jinn Ka, and last, we saw her garner a lot of love for her role as Bela in Naagin 3 and her pairing with Pearl V Puri also raked in a lot of love.

2 months ago Can't wait just love them soooooo much