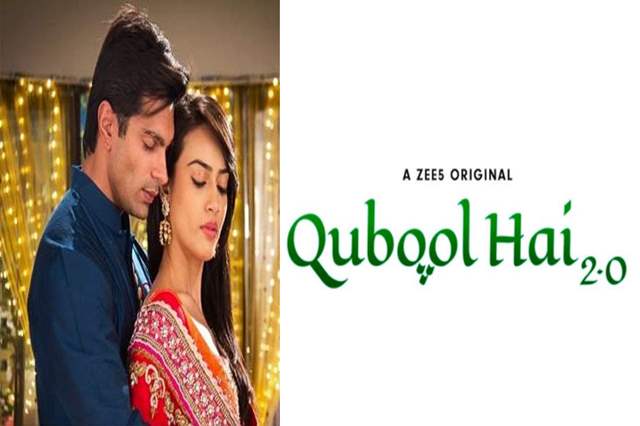 ZEE5 sets in motion a new world of stories and premise with Qubool Hai 2.0. An initiative to bring back some of the most iconic ZEE TV shows by releasing a digital spin off for an OTT release, a move that fans have appreciated and loved in abundance.

Qubool Hai 2.0 has already become a fan favourite and the recent release of the teaser has created a tremendous buzz across the internet. Shot in picturesque Belgrade, Asad and Zoya are all set to come back together in a new avatar #EternalLoveStory.

ZEE5 has now released the first poster from the series showcasing the perfect chemistry between the lead actors. Set in Belgrade, it showcases a picturesque and romantic backdrop.

Check out the poster now:

On the poster release, Surbhi Jyoti shares, "The recent teaser release has definitely piqued some excitement amongst the fans to watch the series on 12th March. There is just so much love for the show. Now, we have released the very first poster of the series. From the storyline to the beautiful scenes in Belgrade and everything else is larger than before. Asad and Zoya come back on OTT in a new avatar with a bigger landscape but the love will always be at the venture of it all. The choices that Zoya has to make will determine her path along the way. Meanwhile, the poster is an early tease for all our fans, hope they like it.”

Directed by Ankush Mohla and Glen Barretto, the series will feature a new rejuvenated chemistry of Asad and Zoya and by retaining the original leads Karan Singh Grover & Surbhi Jyoti as them. It will also feature Arif Zakaria and Mandira Bedi in pivotal roles.

+ 5
13 days ago Cannot wait. super excited to see karan surbhi again. their chemistry was 100% why Qh 1 worked so well. regardless of how this story goes, im just excited to see this pair again.