Star Plus and Rajan Shahi's popular serial Sapna Babul Ka…Bidaai recently witnessed the entry of Sulagna Panigrahi as Sakshi who will go on to be the love interest of Alekh aka Angad Hasija. The story will now see the entry of Puneet Sachdev who is quite popular for his negative roles in Bhabhi, Kasautii Zindagii Kay, etc. 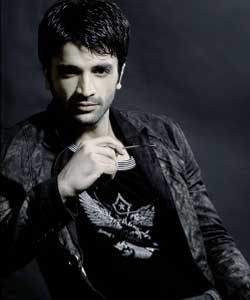 A little birdie informed us that, "Puneet Sachdev will be seen enacting the role of Tarun who loves Sakshi. Even though he is deeply in love with Sakshi he's a guy who is very practical in his approach towards life and doesn't look at love as the ultimate gain; instead he believes in earning all the luxuries in the simplest way possible. He is a kind of person who doesn't mind earning money even by taking advantage of others or by fooling them. Basically Tarun will be a grey shaded character."

When contacted, Puneet Sachdev confirmed the news saying, "Yes I'm entering Bidaai as Tarun the love interest of Sakshi and have started shoot yesterday. Bidaai is a huge show and I'm honored to be a part of it and it feels nice to be back on Star Plus. Viewers will have to watch to know my character in depth."

For the uninitiated, Puneet Sachdev was last seen in Sahara One's Doli Saja Ke. His entry sequence will be aired in the coming Monday or Tuesday's episode. His cameo role is expected to go on for another 3-4 months.

Now let's wait and watch how Alekh and Sakshi's life will get connected..

barshan 10 years ago Just end this bakwas drama..we don't want this crap show continue for another 3-4 months..just end, it is disgusting now..
we want Sara in bidaai and they cast all bakwas actor and actress who don't know how to act..

Nabeelah 10 years ago this is soooooooo redicelus, first there kill Ranvir and got Ragini married 2 Anmol, and now when Sadhna is dead there are gettin Alek married to Sakshe.

we dont want any thing we just want our Sadhn and Ranvir back in Alek and Ragini's life in bidaai.

Anushka_bani 10 years ago What is this?? what are you doing Rajan Shahi??

we want Sara ..no new entry..just bring sara in bidaai...otherwise end this show...

Mishka42 10 years ago the serial lost his actual charm, i think rajanji hired a creative team who is inspired byt other hindi shows! lol!!!!!!

On Return to TV, Ellen Addresses 'Toxic Workplace ...
47 minutes ago

Kaveri Priyam on Being Disappointed With 'Yeh Rishtey Hai ...
57 minutes ago