While cupid spreads his message of love and couples flutter in romance this season, the very special duo, Pulkit Samrat and Mouni Roy could not be far behind. In the upcoming Valentines Special episode of Reliance Mobile 'Kaho Na Yaar Hai' the couple enjoys the mush around them.  Watch their heart beat in affection on Friday, February 15, 8 pm only on Reliance Mobile 'Kaho Na Yaar Hai' on STAR Plus.

The set exuberated romance, with dim lights illuminating the area and creating a perfect setting for a romantic dance. Even Pulkit and Mouni could not keep their emotions at bay as they swayed in each others' arms to the tune of "Ajab Si" from the recent blockbuster Om Shanti Om.

The chemistry between the couple was evident, as they gazed into each other's eyes endlessly. All through the episode Pulkit kept hinting that he had a special message to give to Mouni and eventually after a long wait, in the end of the episode he went down on his knees and proposed her in truly filmi style. 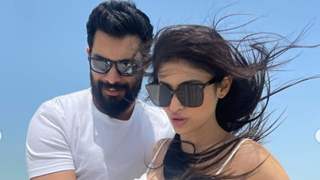 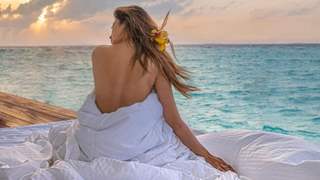 omg he proposed to her

14 years ago Ya! all this is true..
they like each other as a good friend
nothing else! cuz at the end pulkit said Mouni i wanna say that plz give me ur shopping list :P hehehe'

but their couple is looking sho
cute in KNYH..1st time i have watched the whole show!!

14 years ago it this for real life that pulkit loves mouni or just acting on tv???

14 years ago aw omg SO SHWEET..but haha its not true at all!!b/c Ive read articles abt Lakshya sayin he gets annoyed by her!

14 years ago How retarded, they do anything for publicity.

14 years ago what do the mean he proposed? he asked her to marry him?

14 years ago i didnt kno they were seeing eachother for real... is this for real?