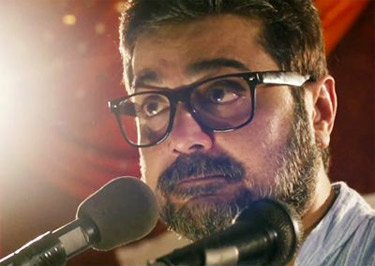 Bengali superstar Prosenjit Chatterjee, who played Dr. Ahmadi, a social activist, in Dibakar Banerjee's "Shanghai", says initially he was reluctant to feature in a Hindi movie.

"Initially, I thought that Dibakar wanted to make a Bengali film with me. But when he told me about 'Shanghai', I paused and thought why should I do it?," the 49-year-old said Monday in an interview.

"But finally I decided to work in it because it had a nice subject, nice film. Yes, my screen space is less but the film is completely oriented towards Dr. Ahmadi," added the Bengali film actor.

Bhojpuri superstar Ravi Kishan recounts how he scared stunt master Mehmood Lala for making him do a stunt without any safety in his forthcoming film "Jeena Hai Toh Thok Daal".

"Some things like safety cables could not reach the spot, there was no safety and the shot had to be taken because it was Purnia's main flyover where trains move regularly. We had permission for that time which would have been tough to get later," the 40-year-old told reporter Monday at the launch of the first look of the film.

"The fightmaster made me jump from a height of 40 feet without any safety. It was Bihar and I told him if anything happens to me how will you go back from here? How will you even reach the railway station or airport? But nothing happened to me and the shot went well," he added.

No tweeting for Viaan now

Raj Kundra has decided to stop tweeting on behalf of his 22-day-old son Viaan after allegations from a certain section of the media that Shilpa Shetty is seeking publicity through her son's twitter.

"Due 2 an inconsequential article in...claiming my mum @TheShilpaShetty is seeking publicity, I have decided to stop tweeting," said a message Tuesday on Viaan Raj Kundra's Twitter page.

"This is my official twitter handle set up by my father which I will use when I am old enough. Thank you all for your love and wishes," another tweet said.

Shilpa gave birth to her son May 21 and Viaan's Twitter handle was created June 6.