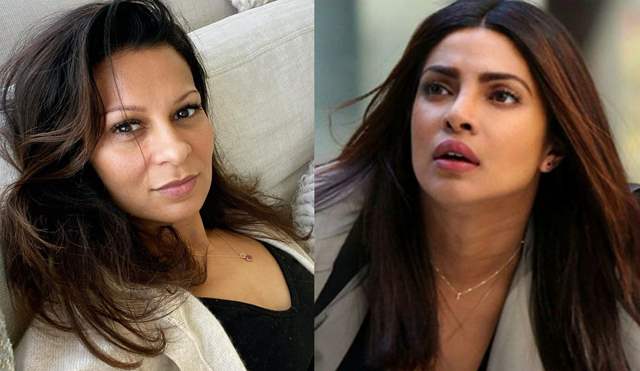 Priyanka Chopra Jonas is currently basking in the glory of her recently release book, 'Unfinished: A memoir' and side by side the actress is also leaving no stone unturned to promote her book to the fullest.

Earlier this month, Priyanka made her debut as an author with a memoir titled Unfinished. The book traces her journey from her formative years to becoming a successful star in Bollywood and Hollywood.

Now, Anjula Acharia, who is PeeCee's manager and the woman behind her success in the West, has revealed some never-told-before truths of the Hindi film industry.

During her recent interview with Forbes, Anjula shared that she was discouraged about signing the actress initially and also revealed that prominent people from Bollywood were extremely ‘negative’ about Priyanka.

She further recalled an incident wherein she was being warned about Priyanka at a dinner party and being told that she was ‘wasting (her) time’. Anjula, however, chose to go with her instinct and place her bets on Priyanka.

I remember when I first signed Priyanka, there were a lot of people, particularly in India, who were so negative. I was at this dinner, at my friend Manish Goyal's house in New York, with some prominent people from the Hindi film industry and they were just so negative about her. They were like, ‘She is never going to work, I don't know why you are wasting your time’, blah blah.

Shre further went on to reveal that she was deeply hurt when such biggies were telling her that she has done a mistake by taking over Priyanka's work. She added,

I remember feeling really hurt actually, at the time. I remember being like, 'Am I wasting my time?' But this is where your self-belief comes in. It seemed like a crazy dream, right, to bring somebody from India to Hollywood? But I got to tell you, when I look in Priyanka's eyes, I just believe. Priyanka is just undeniable, she is a disruptor.

Priyanka began her international career as a singer. She made her music debut in 2012 with the single, In My City, featuring will.i.am. She also released two other songs, Exotic and I Can’t Make You Love Me.

In 2015, she was cast as the lead in an American TV show, Quantico. Currently, she has a number of international projects in her kitty, including The Matrix 4, Text For You and the Amazon spy series Citadel.

1 months ago PC has Totally proved those negative people wrong...