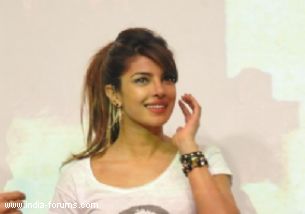 Actress Priyanka Chopra, whose father passed away last year, was left confused about what to do on her parents' 33rd wedding anniversary Tuesday.

"Don't know what to make of today...Would have been my parents 33rd anniversary...Off to work...Answers all my problems," Priyanka tweeted Tuesday.

Her father Ashok Chopra died June 2013. The "Gunday" star was very close to her father, but the professional that she is, Priyanka returned to shooting just a few days after the tragedy hit the family.

Mirzapur star Divyenndu opens up about his Journey from ...
26 minutes ago