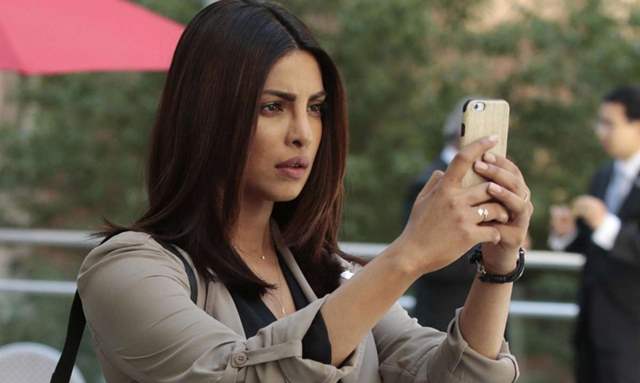 Priyanka Chopra and Nick Jonas are one of the most adorable couples in Bollywood and Hollywood as well. The couple has been setting relationship goals ever since they confirmed their relationship. The Sky is Pink actress has revealed several interesting details about her life, her relationship with Nick and a plethora of fascinating stories from her life in the recently released memoir ‘Unfinished’.

She has also revealed a fun anecdote about husband Nick Jonas and how she sent someone to spy on him after he took her mother, Dr Madhu Chopra, out to lunch when she was busy with a meeting.

Priyanka made an appearance at The Morning Show to promote her memoir and said that she found it a little ‘strange’ that Nick was taking Madhu out alone, as they were just weeks into their relationship and she decided to keep her then-boyfriend Nick on surveillance.

“For people who do know me, I have a little bit of a control issue. I like to control the circumstances around me. I was very curious. I had a meeting. I was like, ‘Babe, what are you going to do? I have a meeting.’ He says, ‘Don’t worry about me. I am in Mumbai. I am going to take your mom out for lunch.’ That was just so strange to me because this was like a couple of weeks of us dating and my mom and him alone, you know,” Priyanka said, she continued, “So I sent my security to take pictures so that I could study their body language.”

Nick has always been proud of his wife Priyanka Chopra and the adorable couple celebrated the success of the actress’ recently release ‘The White Tiger’. The American singer has often praised his better half for her working-style and the magic she has created on the screen.

2 months ago Pretty sure if a man did this, he would be shamed.