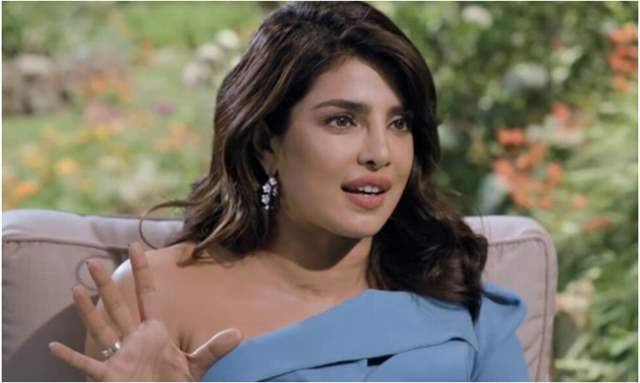 Global icon Priyanka Chopra is making it to the headlines for quite some time now. During her recent appearance at a tell-all interview with Oprah Winfrey on her talk show Super Soul, Priyanka reflected upon numerous topics.

In one of the recently released sequences, Priyanka revealed facing racial bullying when she moved from India to the US to attend high school. Priyanka was 13 when she flew to America to live with her aunt. She spent her teenage years at American high schools, where she was targeted by fellow students for being a brown person.

The Sky is Pink actress spoke about the aftermath of being bullied and how it affected her in her teenage years.

Priyanka Chopra said: "I think high school is hard anywhere, right? And to be coming of age, to understand your body as a woman and at the same time, to be devalued for something I can't change or you know, I wasn't even aware of the fact that this was something I should feel embarrassed about. But I guess when I was made to feel like, did my clothes smelled funny when I walked by a hallway or did people smell curry or little things like that at 16 are so detrimental to a sense of self-worth, your sense of self. It's just about being mean, trying to hurt someone."

She continued, "In retrospect now, I think that they probably didn't know what they were really doing, it was just trying to hurt somebody.”

PeeCee further added that when she was 16 she called her mom Madhu Chopra and asked her mother to take her back to India. “But at that time, at 16, I remember I was like, 'I don't wanna live in this country.' I called my mom, she came over and we went back home," Priyanka told Oprah Winfrey.