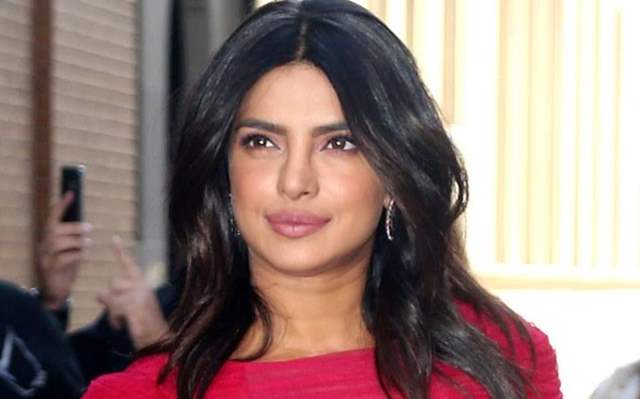 Priyanka Chopra is on cloud nine as her autobiography titled ‘Unfinished’ is finally out in the world for everyone to read. The global star has talked about various sour experiences she faced during the course of her filmy career.

In one such excerpt, PeeCee has opened up about her nose surgery going wrong and how the tag ‘Plastic Chopra’ was attached to her.

According to People, Priyanka, in her book has recalled the time from 2001 when she had just won Miss World and was just stepping into the world of movies.

She shares that she experienced difficulty in breathing and discovered that she had a 'polyp' in her nasal cavity. She then decided to surgically remove the polyp, however, things went absurd and turned into a horrific mishap.

Sharing the incident, she wrote in her memoir, "While shaving off the polyp, the doctor also accidentally shaved the bridge of my nose and the bridge collapsed. When it was time to remove the bandages and the condition of my nose was revealed, Mom and I were horrified. My original nose was gone. My face looked completely different. I wasn't me anymore." Priyanka continued, "I felt devastated and hopeless. Every time I looked in the mirror, a stranger looked back at me, and I didn’t think my sense of self or my self-esteem would ever recover from the blow."

As a result of the botch up, PeeCee had to deal with the tag 'Plastic Chopra' and while she was ‘dared’ to give an explanation for her 'obviously different nose', she chose to not speak about it.

She wrote, "I decided that there was a line I was going to draw in my life. I am an entertainer. That’s what I’ve signed on to do, and that’s what I love doing. I will say my lines, dance my dance, hit my mark. I’ll do my best to make you laugh, and I’ll do my best to make you cry, but just because I’m a public person doesn’t mean everything about my life has to be public knowledge. I get to choose what I share and when I share it."

Later, Priyanka had to get corrective surgeries to fix her nose.

2 months ago Atleast she revealed this, plastic surgery (specially the ones where bones have to be shaved) are dangerous, I wish that people who get blinded to look in a particular way (from celebrities) should think thoroughly about these, specially those Jaw-Shaving PS, removing ribs & all. I welcome this step of discussing this though, good that she revealed this, others who want to do it should know the downside too, since many times the downside isn't highlighted smh

2 months ago Finally the mystery of her nose is solved.