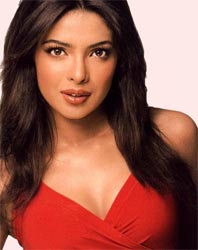 After Vijendra Singh, we are back to Bollywood celebrities in NDTV Imagine’s Oye…It’s Friday.

And giving company in the first week of the New Year is Priyanka Chopra, the first Superstar actress to be called on the show.

“The episode on 2nd January will see Priyanka Chopra and Aadar Jain the little prodigy, and drummer, who hails from the Raj Kapoor legacy. Priyanka had a whale of a time and was seen shaking legs with Farhan. She was sportive enough to enact some scenes as per Farhan’s choice”, explains our source.

So get ready as the sizzling Priyanka is on course to set the pace for the New Year on Oye.. It’s Friday…

13 years ago wow, seems like a fun episode, once again!