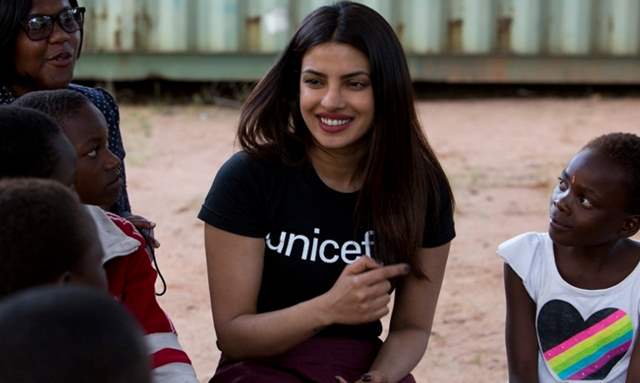 Bollywood celebrities have been a major force for raising awareness and extending their support to the injustice within a society. Now, Priyanka Chopra has joined the bandwagon of stars who have raised their voices against child abuse.

The Sky is Pink actress took to her social media and raised her voice against child abuse and calling it ‘simply unacceptable’. She also highlighted how it was our responsibility to protect the ‘fragile’ innocence of a child, and even urged fans to report any instances of child abuse that they witness.

Her Tweet read: “The innocence of a child is so fragile, and the responsibility to protect that is one of paramount importance. Having personally heard so many horror stories, there are too many children who have endured the worst of humanity, and this is simply unacceptable.”

In another Tweet shared by Smriti Irani, PeeCee responded to a tweet and wrote, “You can Help stop the abuse...dial 1098 (India) to report it.Protect our children  #Childline”

For the uninitiated, Priyanka Chopra has worked closely with the United Nations Children’s Fund (Unicef) for almost a decade and a half now. She has raised awareness on issues related to child abuse and the education of girls. She was made a Global Unicef Goodwill Ambassador in 2016.

She was also conferred with the Danny Kaye Humanitarian Award 2019 at the 15th annual UNICEF Snowflake Ball last year.

Earlier, Janhvi Kapoor raised her voice against child abuse and even extended support to an anti-abuse campaign.

Priyanka Chopra and Nick Jonas extend their support to fight Racism by ...