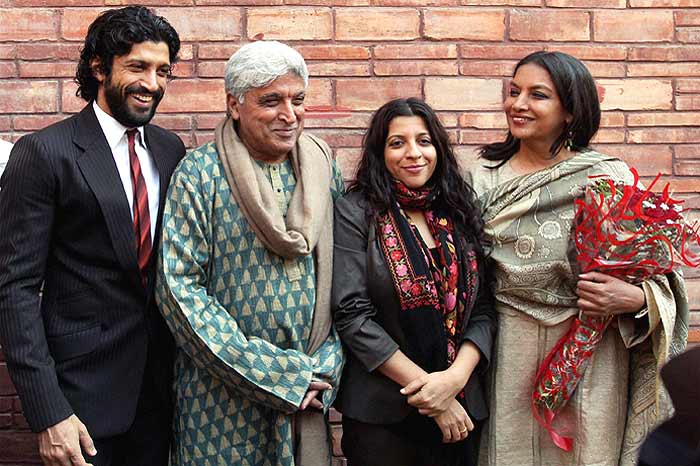 Actor-filmmaker Farhan Akhtar says it was a privilege to share the stage with his father and lyricist Javed Akhtar along with veteran actress Shabana Azmi.

On Friday, Farhan took to Twitter to share a photograph of himself along with Javed and Shabana.

"Was a privilege to share stage with my father and Shabana last evening (Thursday) at the tribute to K. Asif - Indian Cinema. Yesterday and Today. Held at London's Bafta, was honoured to be part of a very special evening," he captioned.

On the film front, Farhan will soon be seen in "Lucknow Central". The film, produced by Nikkhil Advani and directed by Ranjit Tiwari, is set in the backdrop of jail.

‘Is She Alive?’, Javed Akhtar Reveals First Thought after Shabana ...