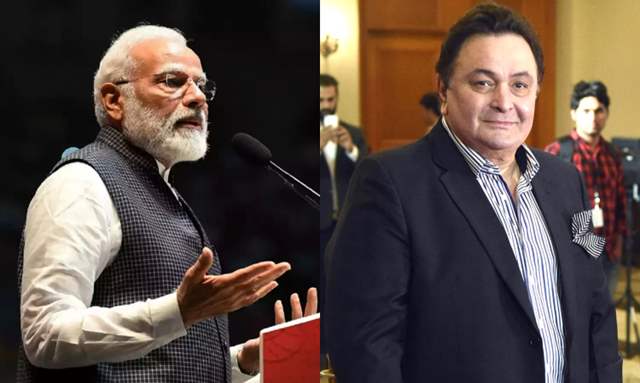 Veteran actor Rishi Kapoor has died at 67 after a two-year battle with leukemia. Rishi breathed his last at the Sir HN Reliance Foundation Hospital in Mumbai. His wife and actor Neetu Kapoor was by his side. “Yes, he is no more,” Rishi’s elder brother Randhir Kapoor told Hindustan Times.

Actress Alia Bhatt was recently spotted at the hospital to be there for the Kapoor family in this hard time. Rishi Kapoor's last rites will take place at the Chandanwadi crematorium in Marine Lines, as reported by Spotboye.

The Kapoor family will be leaving for the funeral anytime soon.

Karan Tacker & Saiyami Kher of 'Special Ops' Fame Open Up on ...
27 minutes ago

Shantanu Maheshwari On Bhagat Singh's Efforts Inspired Him ...
29 minutes ago

Promo Review: 'The Gone Game' Might Just Be a Gamechanger in ...
11 hours ago

'Saathiya' Fame Rucha Hasnabis' Father Passes Away After ...
14 hours ago