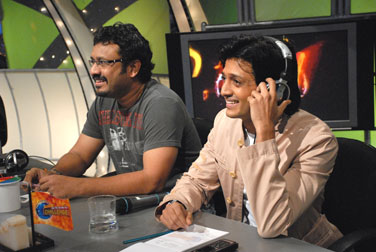 Friday, 27th July, the theme in SaReGaMaPa will be melodies of 60’s/70’s. But it also has a surprise package for the viewers. Ritiesh Deshmukh is the guest on the sets of SaReGaMaPa on Friday. He is here for the promotion of his film “Hey Baby”. The episode will start with the surprise entry of Ritiesh on the sets. But is he the only guest!! The show also gets Anubhav Sinha, the Director of the film “Cash” as the other guest.


But more than viewers it is Amanat who gets the biggest surprise on Friday. Ritiesh Deshmukh informs all that his father the Maharashtra Chief Minister, Mr Vilasrao Desmukh is a big fan of Amanat, nicknamed as Dubai ka Mahabali. Ritiesh tells all how his father would stay awake till late night on Friday’s and Saturday’s just to watch his performance. Amanat is very touched hearing this and is unable to hold himself. But this is not the end of surprises in the show. Bappida now informs viewers that he was giving a break to Amanat Ali in one of his forthcoming movies.

Friday is also the elimination round. Again this week it is Raja Hasan who gets the highest votes closely followed by Aneek Dhar. But who are the ones who fall in the Trishanku zone this week? More importantly, who gets eliminated? To know this don’t forget to tune in to Zee TV at 10PM IST. 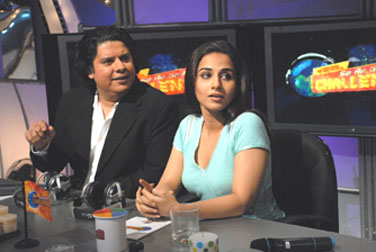 28th July Saturday is the episode where now the contestants will be singing to impress the Guru’s and the viewers for their votes. On Saturday again, SaReGaMaPa has a new guest on their sets. This time the lead actress of the film “Hey Baby” – none other than Vidya Balan!! She is accompanied by Sajid Khan. Both make sure to make the contestants feel at ease. Sajid at the sets meant nothing but non stop masti!! And Vidya Balan with her bubbly nature makes sure to keep the masti in full swing. But there was a bit of anti-climax when Poonam from the Yalgar Gharana came to sing. 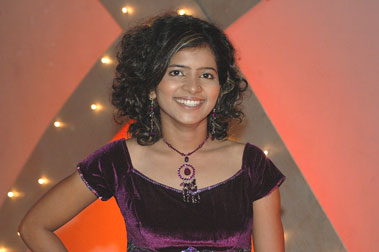 On request she tells all how she had struggled in her life and then finally had come to Mumbai to make it big in the world of singing. She then goes on to tell how at the early age she lost her father and how her mother struggled to keep the house running. There were times when the mother and daughter even had to go on empty stomach. On hearing this, even Vidya Balan breaks down on the sets. It is really a big achievement for Poonam to fight out all odds and make it till here. Hats off to this girl!!

Raja and Aneek both will again give a brilliant performance. Amanat will also be good. Raja will be singing Sukhvinder’s song “Rut aa Gayi Re” and will get lot of appreciation from Vidya Balan. Aneek the other consistant performer of the show will be singing the song “Is Pyaar ko main Kya Naam du”. How will Mauli Dave perform? Will Sumedha be able to keep the same momentum as she did in the last round and win everyone’s heart? Who all will be scoring perfect 10 this time on the Gurugraph?

To know the answers to all these questions just tune in to the episode on Saturday 10PM on Zee TV.

+ 5
14 years ago hmm interesting...but all at a time means it will effect business

15 years ago great article thanks!

my fav is mauli! she rocks!! i hope my maaya maaya girl succeeds!!

+ 2
15 years ago Just can't wait to watch both epi. I love Amanat,Aneek,Raja,Mussarat & Sumedha

15 years ago I can't wait to watch it, After Amanat my vote goes to Raja.

+ 3
15 years ago SRGMP is getting better epi after epi! People thought that SRGMP didn't have that great of singers this year, they're wrong! There's Raja, Amanat, Aneek, and in even girls, Poonam, Mauli, Sumedha! Last year I prefered SRGMP over II..and same this year. But this weekend is gonna be pretty cool..a lot of people are gonna be singing good. =P

+ 3
15 years ago Yayy, i am so so happy for Amanat!! He deserves it.. wow, Raja is getting the highest votes all the time, what will the rest of the contestants do :P.... but congrats to him, he deserves it too... can't wait to see the episodes, thanks Barnalidi!

15 years ago Wow.. on the whole.. it'll be another rocking episode.. can't wait to watch. Thanks a lot for the preview.