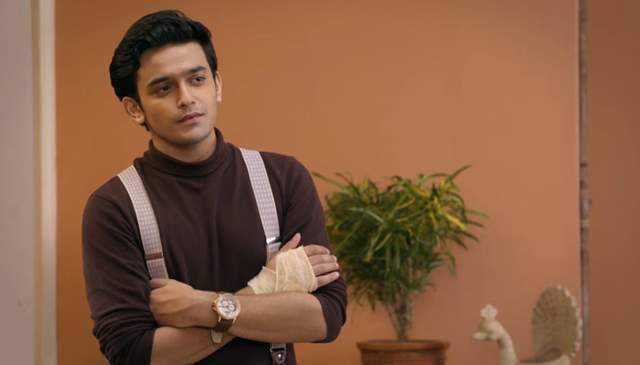 Barrister Babu underwent an eight-year leap and Aurra Bhatnagar Badoni's exit made way for Anchal Sahu as the grown up Bondita in the show. Continuing to play the male lead, is actor Pravisht Mishra aka Aniruddh and he got talking to India Forums about the show and a little more.

What changed for you as an actor post the leap, was there any prep involved?

Preparation-wise, a lot has changed in Aniruddh. I like to maintain this that the one earlier, was Aniruddh and now, he is Barrister Babu, and both of them have some differences, even though it is the same person. However, in the 8 years, there have been new learnings and visually, a lot has been happening, we are shooting back and forth, and then discussing with the makers as to what will change, where will he be calm, and where will he shout. Although he is volatile emotionally and fragile, but while maintaining the fragility, there will be a little maturity with age.

A change of co-star does mean to have to start all over again in more ways than one, how easy/difficult was it?

It is just gotten easier and the process has become more interesting and fun, it is fun to act alongside Anchal.

How do you deal with negativity online, since social media makes it easier for fans/viewers to comment and pass their thoughts?

Very honestly, I feel while reacting to negativity, the only reaction should be the product in itself. I feel the product has reacted and I feel it will only get better. The kind of negativity you are talking about, the apprehension with the leap, I think that has been received pretty well by the audience. I know that people before the leap, did not want it to happen but they have now accepted it.

It has been a long journey on the show, how would you say you have evolved as an actor/person?

I have just evolved as a person, I feel change is the only constant, so you should keep changing and keep adapting to the changing and that is what I have been trying.

+ 3
2 months ago The leap has been awesome! Pravisht and Anchal plus the entire cast is doing a superb job!