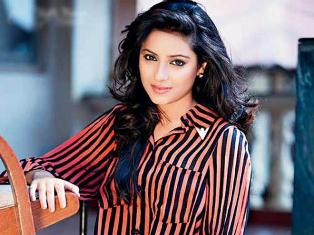 Pratyusha Banerjee readies herself to be the face of Jaipur Joshiley, being the Brand Ambassador of Kamya Punjabi's team in Box Cricket League.

After Celebrity Cricket League, the telly stars come in unison for Box Cricket League making it the current hot favourite topic of discussion as stars reveal their teams & the members.

Bigg Boss inmate Kamya Punjabi's team Jaipur Joshiley will see Pratyusha Banerjee who rose to fame after Balika Vadhu as the brand ambassador of the team.

Pratyusha Banerjee who successfully hosted a crime reality show & fetched appreciation for the same bonded pretty well with Kamya Punjabi during her stint in reality show Bigg Boss & the duo took the friendship to another level offering support for each other.

An elated Pratyusha on being offered to be the Brand Ambassador of a Cricket team mention, "This is going to be crazy, I know it already. Kamya proposed an offer I could not say no too. I am the face of Jaipur Joshiley, sounds like this big responsibility but it is definitely going to be so much fun."

She further adds, "We are all a family. Television actors really work hard to entertain millions of people every day, we needed this too. Box Cricket League is going to be one the happening events of this year. There is so much more to just being an ambassador."

Cricket having the likes of men & now gradually even women, the young female brand ambassador Pratyusha chuckles, "Why should boys have all the fun?"

NatalyMusketeer 5 years ago Siddharth Shukla and Pratyusha Banerjee are the dream team of Tellywood...the best Jodi ever, SidYusha forever...

Mili.. 6 years ago Avinash Sachdev you an all rounder great actor great cricket player keep it up

seetha74 6 years ago Pratyusha ...your well wishers are waiting to see you...and your playing skills!!
Best wishes to you in all your pursuits
my dear lovable actress!!