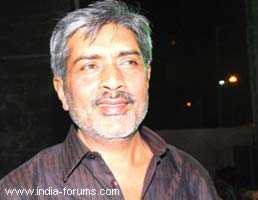 Mumbai, Sep 23 Not only has Prakash Jha put the city of Bhopal on Bollywood's map but he's also ensuring that other units with a vital story to tell head to the quaint and culturally plush city of Nawabs famous for its natural beauty.

Prakash immediately suggested to Jaffri to shoot his film 'Gali-Gali Mein Shor Hai' in Bhopal where the topography and culture are conducive to shooting a satire on a common man's struggle.

Not only that, Prakash also lent Jaffery his entire shooting infrastructure and equipment that he now has in Bhopal permanently.

Says Rumi: 'I am from Bhopal. Coming here to shoot my political satire 'Gali-Gali Mein Shor Hai' is like a homecoming for me. And Prakashji made it possible.'

'He lent me his crew and equipment and offered every possible assistance. I feel I am shooting in Mumbai rather than Bhopal. We needed a particular ambience for Akshaye's character. He works in a government office and travels by scooter,' Rumi adds.

Rumi, who has written some of the most successful comedies in the last one decade, was inspired by the corruption in the country.

'And look at the coincidence... I started writing the film two years ago. Now Anna Hazare has brought the question of corruption to the forefront of our lives,' Rumi says.

Though the main parts are played by Akshaye Khanna, Shriya Saran, Satish Kaushik and Vijay Raaz, Rumi has chosen a lot of local theatre actors from Bhopal, again recommended and provided by Prakash.

Says Rumi: 'Bhopal is a wonderful location for shooting, not just for its picturesque, almost poetic locations but also because the people are extremely gentle and courteous. Though I'm shooting in some of the most crowded areas of Bhopal, the local people are not the least interfering or intrusive.'

The first film to be shot in Bhopal was B.R. Chopra's 'Naya Daur', followed decades later by Ismail Merchant's 'In Custody' and Vishal Bhardwaj's 'Maqbool'.

Prakash shot 'Raajneeti' and 'Aarakshan' in Bhopal. He will shoot 'Satyagrah' with Amitabh Bachchan in Bhopal from January 2012.

Bhumi Pednekar Reveals How she wants People to Remember her ...
8 hours ago

Bigg Boss 13 contestant Himanshi Khurana shoots for her next ...
11 hours ago