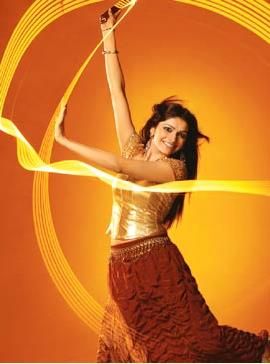 The grand finale witnessed a variety of performances by the judges, the hosts - Mona and Rohit, all the eliminated contestants, along with a dance number by the choreographers. Sandhya, Prachi and Jai gave the audiences wonderful solo treats as well. Akshay Kumar and Katrina Kaif, who were the celebrity judges for the day announced the winner, thus ending the evening on a great note for the young Balaji girl.

It sure looks like the wild card entry proved to be lucky for Prachi. With this,  do we know the host for next season’s Jhalak Dikhla Jaa as well? Well, its too early to say anything. As of now, wishing Prachi Desai the very best for her victory.

14 years ago congrats to prachi happy she won also wanted jay to win but....

14 years ago I love Parachi and the way she dance. So happy that she won.
Nice artical Thanks

queen999 14 years ago love you prachi....you did a great job on jhalak dikla ja.....and your dancing was just fab...although sandya was also good too.

14 years ago Congrats Prachi, i am so happy 4 herr!

+ 3
14 years ago I really liked her dansing.Happy that she won.

14 years ago congratulation prachi u deserve yr trophy because she worked very hard & she has really improuved !!!
sandhya is great dancer & she did a very good job & that thank too javed i think that all the credits goes to him he has made the best choreography!!!