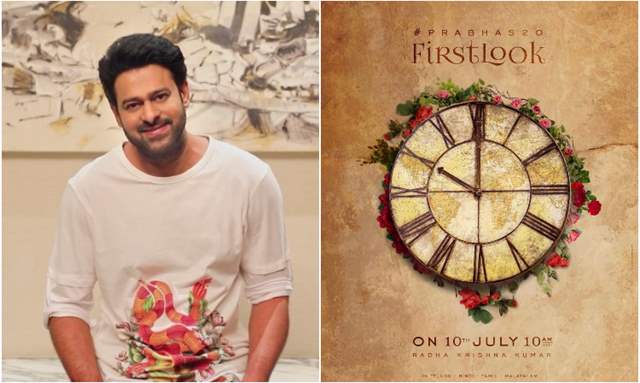 The much awaited film of Pan India star Prabhas is closer than ever! The makers of his upcoming next have dropped a poster for the first look of the film which will release on the 10th of July 2020.

Prabhas shared the poster on his social media with the caption, “#Prabhas20

UV Creations shared the poster on their social media with the caption,

The poster simply says ‘First Look’ with a click in the middle and it’s hour hand at 10, pointing out that the first look for ‘Prabhas 20’ will be out at 10 am.

The cinematography for Prabhas20 is done by Manoj Paramahamsa and the production designer for the film is RRaveendar.

Prabhas20 is produced by Bhushan Kumar under his banner T-Series along with Vamsi and Pramod of UV Creations.

This Independence Day, Dangal TV actors salute our ...
47 minutes ago