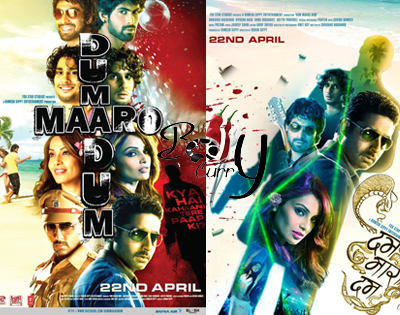 The plot of the story revolves around multiple characters and how their life changes after they encounter one another at the Goa airport. Where one is a student (Babbar) who plans on following his girlfriend to the US, has his scholarship rejected causing his life to halt. But not until he meets someone who promises to bring his life back on track but for a price.
ACP Kamath (Bachchan) is on a mission to destroy the local mafia of Goa, but he realizes that nothing is what it seems after entering the dangerous underworld.
DJ Joki (Daggubatir) is robbed by the local mafia leaving him helpless and yet it seems like history may repeat itself for the poor man. Can he save himself once again?
An air hostess (Basu) who was once the life of Goa, bubbly and young, has her life turn upside down when her dreams remain unfulfilled.

Lorsa Biscuta aka Biscuit (Pancholi), a business man and the leader of the Goan gangs. His business vary from both the legal and illegal but he finds himself in hot water with the arrival of Kamath and has to turn to a mysterious figure for help.
The last character is a ominous mysterious shadow. He has many names but no one knows who he really is. However, if there's one thing they do know, it is that he's dangerous and powerful.
Dum Maaro Dum releases on April 22nd, 201. Meanwhile, thoughts on the promotional posters?
Editor: Jenifer
Graphics: Pooja