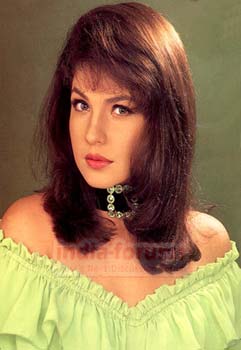 Yesteryears actress turned director Pooja Bhatt says that she may have taken up filmmaking but that doesn’t mean that she has opted a permanent retirement from her acting career. Pooja who is presently busy shooting for her upcoming flick Kajra Re starring Himesh Reshamiya has further expressed to be back in front of the camera if offered a good role. Apparently the charming lady was last seen in 2001 released film Everybody Says I Am Fine. Since then Pooja decided to walk on her father’s footsteps and concentrate working behind the camera. But she hasn’t had much success in it and has to learn a lot from her experienced dad. Neither of her last three directed films Paap, Holiday and Dhoka worked at the box office.


Maybe this smart lady fears the same fate taking place with Kajra Re and is already planning to shift her career back from being a director to actress again. But hasn’t Pooja put on too much weight to match the slim and trim actresses of today.
Featured Video