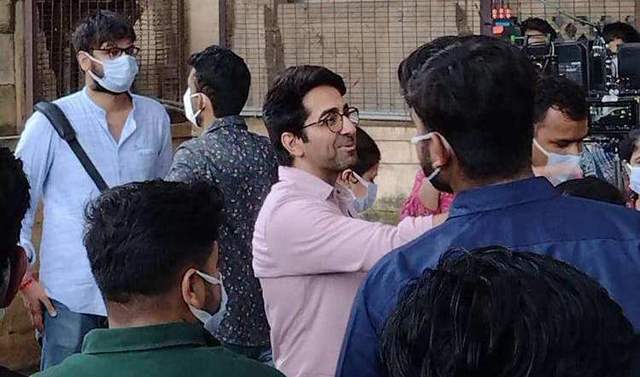 Ayushmann Khurrana is capturing hearts with every passing day. The young Bollywood star is being called the poster boy of content cinema in India these days. After delivering conversation starting social entertainers to audiences he has become a household name. The actor is currently on cloud nine  with back to back eight hits in his kitty and is also flying high as his brand equity is rising with time on a daily basis.

The versatile actor is currently shooting in Prayagraj for his anticipated next, Doctor G, and we got to know from our close sources from the sets that police had to intervene to protect Ayushmann as a huge crowd of college kids got over excited upon seeing him.

Cops had to intervene and calm down the huge crowd who had come to catch a glimpse of Ayushmann. It took a great deal of effort for the film’s crew and police to make the crowd understand and after they were allowed to watch the shooting they calmed a bit down but continued cheering for AK after every take. 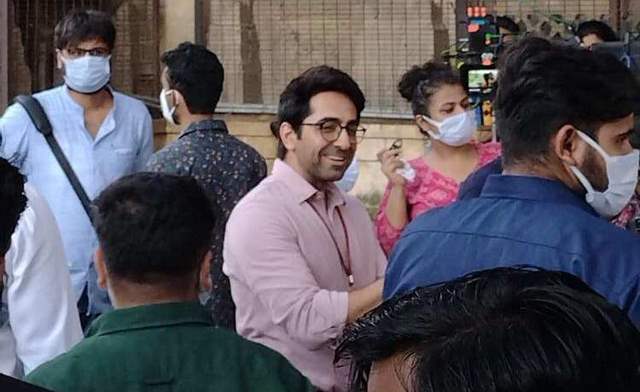 An informer from Prayagraj says,

Fans were uncontrollable and they wanted to catch a glimpse of Ayushmann and wish him well. Ayushmann was shooting at the Allahabad University on Monday. Before his arrival there, a huge crowd of students turned up and the gathering was only swelling by the minute! Police had to intervene to calm them down!

After a lot of effort from the cops and the film crew, the students were pacified as they were allowed to watch Ayushmann shoot! After each take, the crowd roared to cheer Ayushmann on. It was quite a sight in Prayagraj and scenes like this only happen when huge superstars arrive in the city!

Doctor G is directed by Anubhuti Kashyap. Ayushmann will also be seen in films like Chandigarh Kare Aashiqui being directed by Abhishek Kapoor and Anek by Anubhav Sinha.