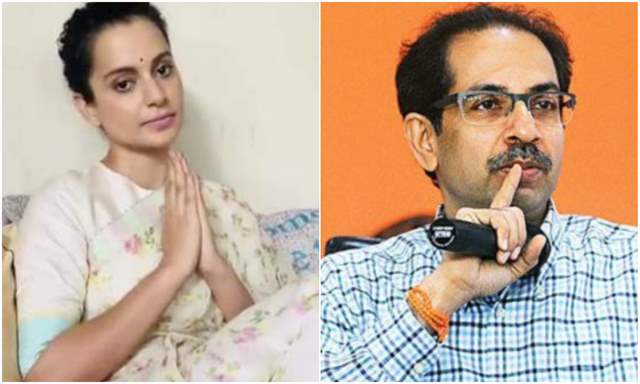 A complaint has been filed against Ranaut for defaming CM Uddhav Thackeray in her Twitter video. Advocate Nitin Mane registered the case at Vikhroli police station in Mumbai and alleged that the actress defamed CM Uddhav by linking him to the 'Film Mafia' even though he has no direct connection with the demolition.

According to reports in DNA, a defamation suit will also be filed against Kangana in the Vikhroli court in this regard.

See pictures of the complaint below: 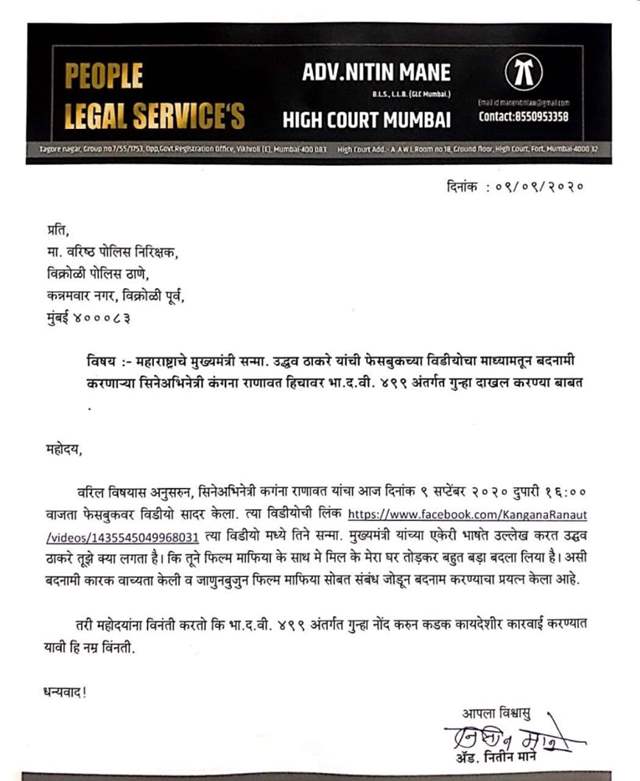 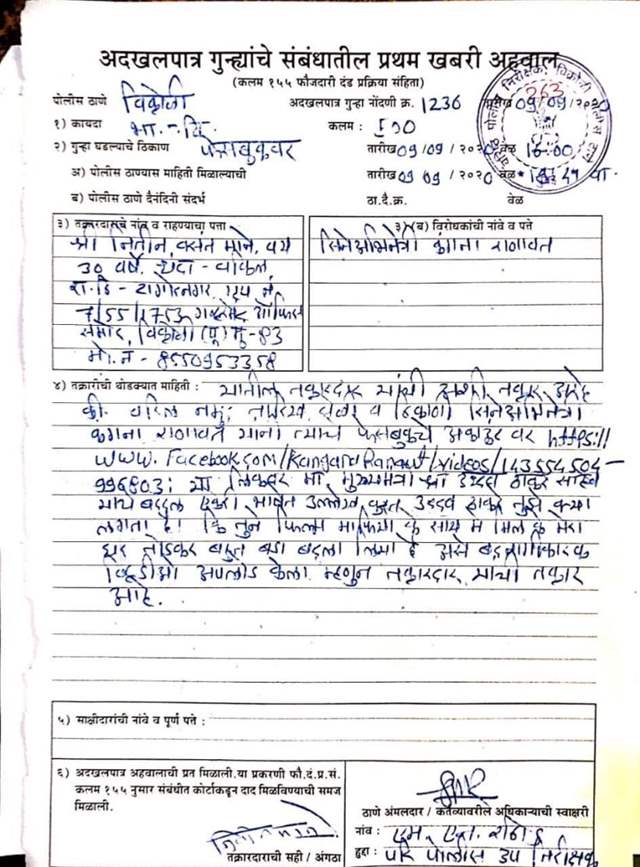 The complaint registered is in regard with the video Kangana Ranaut posted on Wednesday after the BMC demolished her Mumbai office over 'illegal construction.'

In her video, she lashed out at Uddhav by saying that he joined hands with the 'Film Mafia' and demolished her house.

Further, she added that she can feel the pain of Kashmiri Pandits and she goes on to a give an open promise that she will not only make a movie on Ayodhya but also on Kashmir.

She concludes the video by saying, "Jai Hind, Jai Maharashtra."