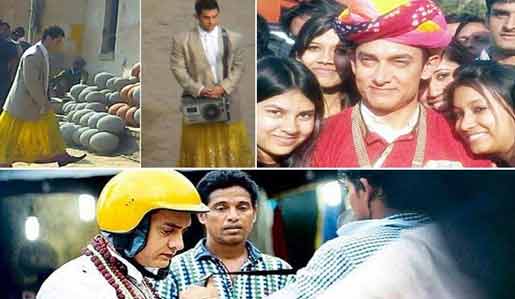 If he turned into a barber to promote "Ghajini", superstar Aamir Khan's next movie titled "P.K." will also be promoted in a unique way. Talking standees will be used to build up interest in the Rajkumar Hirani directorial.

The standees, which will be kept in theatres, have the actor's photo and his voice installed in them. When you go close to it, Aamir will talk back to you.

"It is for the first time any Bollywood film will have a talking standee. It adds an interesting element to a static marketing tool," a spokesperson of the film said in a statement.

It was Aamir and Hirani who came up with this idea to reveal the first look of their film.