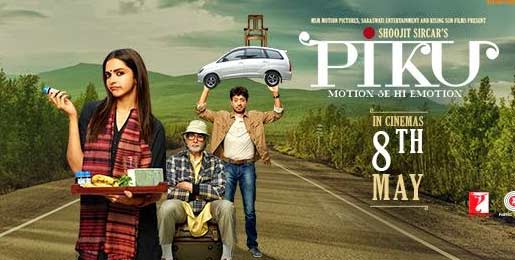 Featuring megastar Amitabh Bachchan along with Deepika Padukone and Irrfan Khan, "Piku", which released on May 8, is continuing its successful run at the box office even after two weeks.

The story of the film revolves around a father-daughter relationship via a journey from Delhi to Kolkata in a car through the scenic and holy city of Varanasi. Not only has its story clicked with the audience, but also the chemistry between Deepika and Irrfan, as well as Deepika and Big B's arguments, which are filled with love and care.

5 years ago congratulations to Deepika Padukone and team piku.