View Profile
We are back with the Pick of the week for this week!! Let's see which show is under fire. This time round, we call it IF "Tadka Special", thanks to the Development Team of IF for their inputs!
Kasauti Zindagi Kay
Scene of the week - "Jail scene"
Its from July 4th Episode, where Saksham is in jail. P2 goes to meet him. Saksham is shocked to see that p2 did not marry someone else and  P2 realizes that she loves Saksham. Both feel the love for each other and the background score of "Kal ho na ho" just adds more romance to  the whole atmosphere,being so far off yet so close.. It was a gem of a scene!!
Style Icon of the Week:
Saksham for his cool hairstyle inspired from John Abraham look of Dhoom and Dhara as after the wedding she has adopted this new style which is suiting her and making her look even  prettier!
Blooper of Week:
Its raining and Saksham is standing without any umbrella.. Yet his coat, face etc everything is dry.. Only his hair is wet..KzK cast needs waterproof makeup set soon..hurry up! another one when Dhara volunteered for wedding, fine. but who gave her a perfect bridal Lehnga is a mystery to us!
Kaahani Ghar ghar kii
Scene of the week:
Rajeshwari's entry shocked everyone as she came back once again to torture parvati! The way pranay brings her back into the house and parvati's acting! Hats of to Sakshi Tanwar!
Style icon of the Week:
Adi.  He was shown for only one minute, and that too over the phone, but his cute smile and simple tee-shirt won all the girls' hearts, and I am sure it will soon win Maithili's as well who herself looking ravishing after the wedding as her look has transformed drastically..kuddos to both the budding stars!
Blooper of the Week:
Pranay claims that the Agarwal House never transferred to Narayani Devi's name because it was always in Rajeshwari Mehra's name. If that was the case, then why did Rajo did not stop the auction from happening all those months ago?  And  how did Pranay get a four month old letter because at that time he was postive, and if he got it why did not he give it to Parvati.. Kaahani of confusions!
Maayka-Sath Zindagi Bhar Ka
Scene of the Week:
The scene where Mahi went to the Malhotra house and found out that her whole Maayka has burnt down along with her parents and siblings was very touching. When she cries out loudly and asks for her family is heartbreaking and tears comes rolling down your cheeks.
Style Icon of the Week:
Neha Bamb aka Mahi - her simple and serene look makes you fall in love with her simplicity, her kurtas are suiting her nicely and making her look beautiful inside out.
Blooper of the Week:
In the hospital when they said Soni is in a very critical state...They showed Aarti Singh in the bandage, you could tell that by the eyes and eyebrows. An when the bandage came off, it was Shilpa Shinde! Did she have a plastic surgery? quick work..by the doctors..ooops i mean by directors!
Stay tuned for the Pick of the Week, every week only on Telly Buzz--buzzing already.., our weekly article from the world of Television shows.
Contact Author: pm nishtha 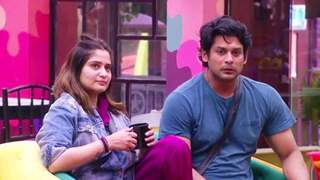 + 4
14 years ago luved the article
as always it rocked!

14 years ago thankx 4 the nice choices of pick of the week its quite sensible ones !!

+ 2
14 years ago Kausauti is getting btr every day! *wooh* saaksham rocks *wooh*

+ 2
14 years ago totally agree with kasauti and kahaani...they are the best shows on tv at the mo! Saksham & P2 are totally rocking and the jail scene was too good for words! As for KGGK, Adi lit up the screen for that one minute...now all we need is Adi-Maithili love track!

14 years ago yay maayka rocks n Neha Bamb was truly outstanding in the scene of the week it was truly touching hats off to you Neha, Neha Simply Beautiful she's as simple as she is Beautiful mash'allah :D

14 years ago kasauti was awesuum this week..
well deserved

+ 3
14 years ago this week kasauti was really nice!! it was not so dragging!!
but i hope they change vardan soon!

14 years ago wow thanks for picking kasauti this week!it was really the best scene between p2 and saksham in jail!!
and dhaara really looks pretty!
the blooper was funny!