Scene of the Week - The scene when Malti is accusing Sadhna of hiding the money herself, and Mamaji shouts at her bahu, tells her never to accuse Sadhna again. Malti tries to explain things and Mamiji also shouts at her bahu and tells her to think before speaking.

Style Icon of the Week - Malti was looking beautiful in her sari and jewelleries she was wearing on the day of Diwali.

Blooper of the Week - Naniji mentioned that she doesn't even drink water from her daughter, Kaushalya's house. How is that possible when Naniji spends the entire day at her house? So does this mean she starves herself everytime she visits her daughter? And why was she sitting at the table with a plate in front of her, when everyone in the house knows that she doesn't eat from there? SO all those want to lose weight, accompany Naniji to her daughter's house!

Scene of the week-When Partho comes to confess his love to Kangana, the way Kangana breaks his heart as Partho's mother told Kangana to do so, and leave her son's life once and for all was indeed a power packed scene, where we get to see the ususual arrogant side of Kangana.

Dialogue of the week- After Priyam breaks off his engagement with Kangana, she comes to meet Priyam at night, and in a rather emotional scene tells him, that one day he will come and beg her to take him back. Indeed Kangana proves it again that love is a two way road and misunderstanding should not live in it..

Style Icon of the week-Definitely Kangana on her engagement day, with her Devdas style hair do and her red lehenga with golden dupatta, she looked ravishing as ever...

Blooper of the week-After the engagement ceremony, Moonmoon asks both Priyam and Kangana to dance, but they end up singing and nobody raises any voice.. Strange! Or may be, for them singing and dancing are one and the same. Just imagine a situation where in Nach Baliye and Jhalak Dikhhla Jaa participants start singing instead of dancing, and sing when they are expected to dance?? Kya Scene hoga woh!!

Scene of the Week-Prerna-Bajaj dance was very cool and romantic in Anurag's house; the chemistry and charisma they share is truly amazing and pleasant to watch, they can give their on screen kids a run for their money!

Dialogue of the week- When Bajaj tells Anu not to meet Dhara after she got a miscarriage, and Anurag replies that Sneha and Prem only have the “Bajaj surname”, but I have given birth to them and I am the real grandfather of Dhara…

Style Icon of the Week - Our very own "Fake" Mr.Bajaj!! But his style is very much of his own and something to die for , he looks amazingly hot in the suits and you end up watching him only!.

Blooper of the week-Anurag calls Bajaj and asks him to meet; Bajaj asks for the address and takes a book to write it down, but eventually does not write anything as he says he knows the address.But Prerna comes later picks up the same pad on which the address was supposedly written by Bajaj , and finds the address!! Now this couple is truly made for each other, they can even read each others' mind.. a telepathy of sorts,maybe?

We are giving this award from the past 2 month,s but never had so many contenders and takers for the most coveted title as we have this week. This time around, we have not one or two shows tied up, but 4 shows with Bloopers this week..

When Kinjal's father presents her a kurta on the Diwali eve ,she goes to her room to keep it in her closet, but stops midway to talk to her fiancée Prakash, and suddenly the cover with kurta goes missing from her hands..Kaboom! This is the magic trick of Kinjal and Kahe Naa Kahe team!

They showed a feature on Nach Baliye-3 and stated we have 10 couples fighting for the Title…now if we are not mistaken, there are 11 couples fighting for the Nach Baliye title ..even they got confused.. as actually how many couples are taking part in Nach Baliye this season, and if we include Karishma Tanna and her Baliye then we have 12 in all ..so its not only us who are confused, but it also looks like the SBS team is also in for a dilemma...

Sagar is shown as a millionaire who is troubled by his step sister for money and property, and these days he is one caring and loving husband and soon to be father of their unborn child ! But then why is he not hygiene conscious, as he is using the same bed sheet and pillow cover from the past 2-3 months ! Sagar, get them changed as soon as you can, it is not good for your unborn child and pregnant wife Vidya!! Money shouldn’t be a problem for you, or is it?

We have given this show a permanent place in our Blooper of the week category, As

when Abhimanyu brings chillies for Sameera to eat in the jungle ,he plucks them from a Bush of almost his height !If we are not wrong, then chillies usually grows on plants of 1-2 feet height, but in that jungle he plucked them from a bush ! so whats next.. maybe potatoes growing on trees and fish making nests!! Let your imagination fly!!


Stay tuned for the Pick of the Week, every week only on Telly Buzz--buzzing already.., our weekly article from the world of Television shows. Special Thanks to Dev Team of IF for their Input!
Contributed by: coolkitty_23,*Kruthi* and junooni09 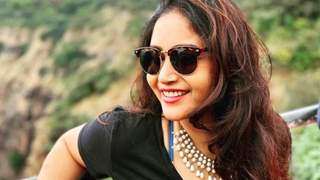 Moon Banerjee on how 40s means being categorised for 'mother' roles ...

nishitab 14 years ago hahaha i luv the choona hai aasmaan it truely deserves the blooper of the week every time :D

+ 5
14 years ago oh i know its lie that vidya is pregnent but still does that justify his smae old..bedsheet of yesteryears hehe

14 years ago lol sagar hasnt changed his bedsheet. funny blooper and good one too

14 years ago the kzk blooper was the best......this clearly shows how paagal the creative teams are...!!!!

+ 2
14 years ago CHA is 2 gd with bloopers as da kashmiri mirchi is dere, lol