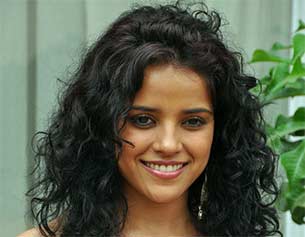 Southern actress Piaa Bajpai, currently shooting for Malayalam film "Kelvi", learnt how to ride a motor bike in just a few minutes for a crucial sequence in the film. Impressed with her riding skills, the makers are planning to extend scenes featuring her with the bike.

"I used to drive my father' scooter when I was in class eighth or ninth. So I had the experience of riding a two-wheeler, but I never rode one with gears. I learnt to ride a Pulsar NS 200 bike for the film. It just took me few minutes to ride on my own without anybody running behind me," Piaa told IANS.

"My director was getting ready to shoot the bike sequence with a double, but I told him I could do it on my own. I actually had to ride the bike with another girl on it. I did it with ease and because of that, the director has decided to add a few more scenes with the bike," She added.

She says she rode the bike independently.

"My assistant director helped me familiarise myself with the brake and gears on the bike. After he did that, I asked him not to follow me when I was riding. He was worried that I may fall down but I was extremely confident and rode on the roads of Cochin," she added.

Piaa enjoys riding bikes and she plans to own one soon.

"In between shots, I take the bike for a spin. I think I should buy one soon in Mumbai, so that I can go for late night drives," she said.