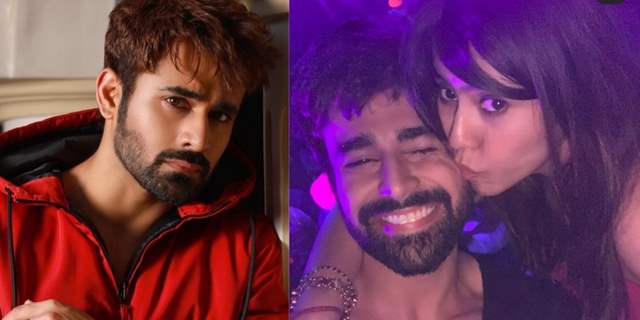 Pearl V Puri has now become a household name and enjoys a great fan following. The Actor has entertained the viewers with his performances in shows like Naagin 3, Bepanah Pyaar, Phir Bhi Na Maane...Badtameez Dil amongst others. In a recent conversation with a leading portal, Pearl opened up on his first meeting with Producer Ekta Kapoor.

Speaking to Spotboye.com, Pearl shared that they had gone for a narration at Ekta Ma'am's house and that was the first time he met her. He also mentioned that he was nervous in the start as he had an image that she is very strict. Pearl recalled sitting there quietly and trying to behave all good so that she doesn't get angry at anything. However, he realised it later that she is such a sweetheart.

Pearl also added that if you have made a mistake then you will definitely get a earful from her but she is someone who can make you comfortable within five minutes, to an extent that you'll start feeling that you know her from an eternity.

Ekta Kapoor also celebrated her birthday yesterday and Pearl also took it to his social media account to pen down a heartfelt wish for the producer. Have a look.

CINTAA ties up with Zindagi Helpline for combating suicides, ...
36 minutes ago

Sushant Singh Rajput Revealing about the Moment he Got Very ...
36 minutes ago