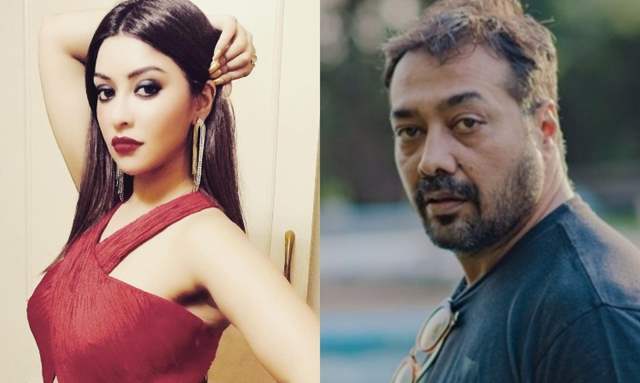 After accusing Anurag Kashyap of sexual harassment, actor Payal Ghosh has shared a shocking post on her social media. Payal has been making headlines ever since she publicly alleged that the filmmaker forced himself on her and tagged Prime Minister Narendra Modi to take action in this case.

Taking to her official social media, Payal stated that she gave an interview to a ‘renowned portal’ regarding the case and she later found out that they were seeking permission from Anurag Kashyap himself. She then wrote that if she is ever found hanging from the ceiling, people should remember that it was not a suicide. She also added that they have the narrative of depression and medication ready.

Sharing a picture of herself, Payal wrote: “I have given an interview regarding the entire episode on Mr. Kashyap to a renowned portal and the next thing I get to know that they are seeking permission from Mr. Kashyap himself. India, if I am found hanging from the ceiling, remember this. I didn't commit suicide. They have the narrative ready of depression and medication. #NotGoingDown #metoo.”

Kashyap has been receiving immense support from his colleagues and female actors who have worked with him in the past have stood in support of him. Actors like Taapsee Pannu, Radhika Apte, Huma Qureshi among others took to social media to show their support. Kashyap’s ex-partners Kalki Koechlin and Arti Bajaj too had defended him through social media posts.

Payal Ghosh has filed an FIR against Anurag Kashyap and accused him of raping her in 2013. The FIR was registered under Indian Penal Code Sections 376 (I) (rape), 354 (assault or criminal force to woman with intent to outrage her modesty,), 341 (wrongful restraint) and 342 (wrongful confinement) at Versova police station late on Tuesday night.