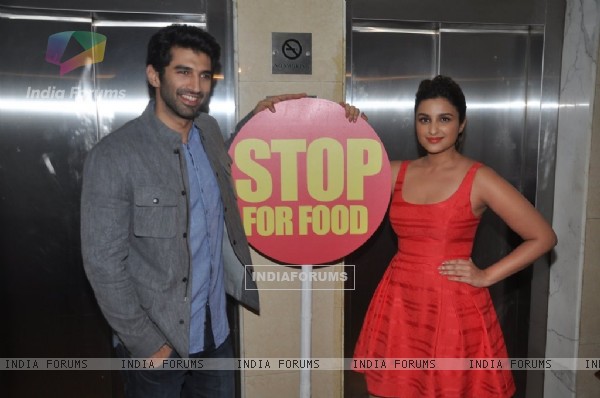 Now the actors have been debating on flagging off the journey from their favourite food joint in Mumbai. The Bandra boy Aditya is keen on starting the food journey from Good Luck Caf which is situated in Bandra. The caf is known for is bun maska and has Salman Khan as a regular customer. Whereas Parineeti who has got a new found love for the South Indian cuisine wants the trip to start from Madras Caf which is set in Matunga. The caf is known for its authentic South Indian cuisine and the filter coffee. The place is an early morning breakfast destination for a lot of actors. Parineeti herself was introduced to the caf by her actor friends at YRF.

However being a gentleman Aditya gave up on his request and gave in to Parineeti's wish to go to Madras Caf. The road trip from Mumbai to Chandigarh will commence on 12th September and the start point for the initiation of the much awaited Food Yatra will be Madras Caf.