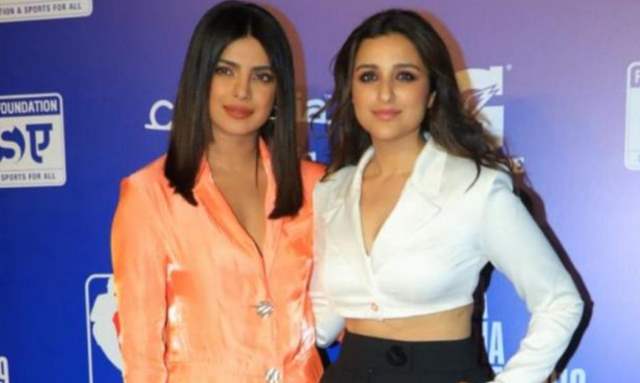 Priyanka Chopra has been an inspiration to many artists, and the stories of her struggle have encouraged others to cross the hurdles. Meanwhile, her sister Parineeti Chopra has also been drawing inspiration from the global star. Priyanka and Parineeti are cousins who are extremely close to each other. Years ago, Parineeti had even worked as an intern with Priyanka’s PR team.

The 38-year-old actress has carved a niche for herself with sheer hard work and she has been consistently working on shows and films in the US, and producing content in Hindi and other languages in India.

Now, talking about Priyanka, Parineeti revealed how her sister’s recent Hindi films including titles like Mary Kom, Dil Dhadakne Do and The Sky Is Pink inspire her. Parineeti shared how Priyanka as an elder sister has supported her and how shared opinions about her recently released films.

“I keep talking to Mimi Didi (the name she uses to address Priyanka). When I was in London a while ago, she was with me. I would often tell her theoretically about the films I was working on, my process of approaching my characters, and so on. At that time, she had not seen the films - Saina, Sandeep Aur Pinky Farar and Girl On The Train - but she was very happy to know what I was doing”, said Parineeti Chopra, as quoted by ETimes.

She further added, “Eventually, after seeing the films, she told me that she feels proud of me. It’s a big deal for me. She said this to me when I was starting out and was making those instinctive choices, and she is saying the same things now, all over again. Mimi Didi motivates me every day - I follow her actions and observe what she does. My sister wants me to achieve the standard of work that she has. And I am more than happy to make her proud of me.”

Priyanka Chopra transpired to be an international sensation after her Hollywood debut with Quantico. She ventured into filmmaking and produced films like Ventilator and Pahuna and eventually co-produced one of her recent Hindi outings - The Sky Is Pink.

When asked if she also plans to produce content that appeals to her? The actress said, “That is definitely on the cards. I want to do some really risky and distinct films. I want to push the envelope with every project of mine. I feel elated with what I achieved with my last three films, and I want to escalate the proportions of that achievement with every single film. In order to become a producer, I do feel that I need to learn a little more about the back-end of filmmaking, equip myself even more and strengthen my basics before I jump into it. Maybe next year…”

Meanwhile, on the work front, Parineeti Chopra will soon begin filming for Animal, directed by Sandeep Reddy Vanga. She will be seen teaming up with Ranbir Kapoor, Bobby Deol and Anil Kapoor. 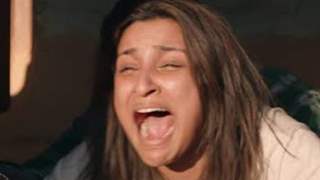 1 months ago What exactly has Priyanka achieved? Aside from getting sl***y roles in Bollywood and getting side roles in Hollywood? Basically she wants Parineeti to open her legs to some Hollywood celebrity and slingshot herself to Hollywood only to be known as some Hollywood guy’s wife or mistress. That’s funny!