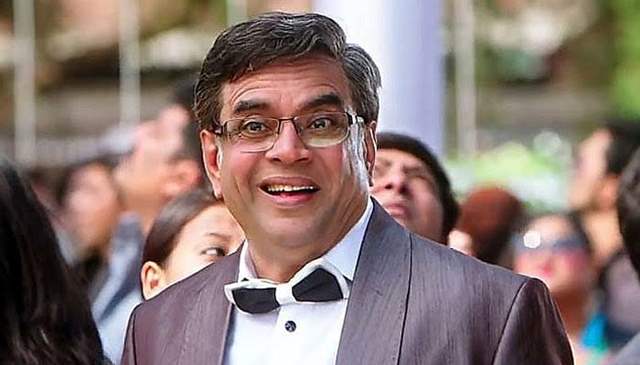 A day after actor Will Smith punched Chris Rock for making a joke about his wife, actress Jada Pinkett Smith, actor Paresh Rawal has shown his support for comedian Chris Rock. He has also expressed sympathy for former comedian and Ukrainian President Volodymyr Zelenskyy.

Taking to his Twitter account, Paresh Rawal tweeted, "Comedians are in danger everywhere, be it Chris or Zelensky!!!"

As the battle between Russia and Ukraine entered its fifth week, Paresh commented about the Ukrainian president. Hundreds of people have died and many have been injured as a result of the war. It has sparked one of Europe's worst refugee crises since World War II. The conflict in Ukraine began on February 24 of this year.

For the unversed, at the Oscars that was held on Monday, Will Smith slapped Chris on the podium after the comedian said, "Jada, I love you. GI Jane 2, can’t wait to see it.” Chris quipped about Jada's appearance, whose head is shaved as she has alopecia. After going back to his seat, Will shouted expletives, "Keep my wife's name out of your f****** mouth!"

After this incident, many celebrities from B-Town including Neetu Kapoor, Gauahar Khan, Varun Dhawan, Kangana Ranaut reacted to it. Neetu shared the photo of Will slapping Chris on Instagram stories and wrote, “And they say women can never control their emotions.”

Kangana took to her Instagram stories and penned, “If some idiot used my mom or sister’s illness to make a bunch of fools laugh I would slap him like @willsmith did.” She added clapping emojis and continued, “bada** move...hope he comes to my #lockup.”

On the work front, Paresh Rawal is gearing up for the digital release of his film Sharmaji Namkeen, which also stars late Rishi Kapoor.