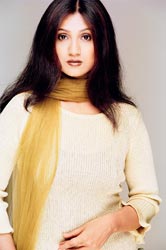 TellyBuzz had earlier reported that Pallavi Gupta and Waqar Sheikh will be part of Sahara One and Contlioe Telefilms' upcoming show, Bitto.

The latest news is that noted actress Pallavi Rao has been finalized to play the daughter-in-law of the Thakur.

When contacted, Pallavi confirmed the news and said, "I will be playing the daughter-in-law of the Thakur. My screen name is Sugandha. She is a person who has the capability to win over all with her talk and beauty. She has a grey shade, but is not the loud and completely negative character. There is a comic touch to the character too".

The unit had their first outdoor shoot at Wai recently. The show is expected to launch at a prime time slot post IPL.

Pranii 10 years ago KMH and memories :'( Punhji and her scene was too funny lol

lub.harshiti 10 years ago thankssssssssss for sharing and n all d best

Mirzapur star Divyenndu opens up about his Journey from ...
32 minutes ago