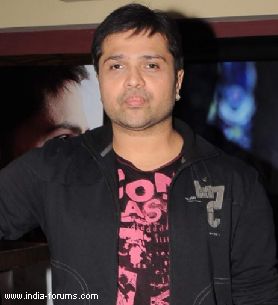 Actor-singer Himesh Reshammiya says no amount of controversies and criticism affects him as long as he continues to deliver hits.

The actor-singer-composer has often been ridiculed for his nasal style of singing. But he says, "I don't care".

"I have seen success...if there is no success in your life, then controversies and criticism affects you. As long as you are (I am) delivering hits, I don't care what others are talking about me," he said here.

"With each film, I have to better myself. Others' opinion doesn't matter me at all. I only work hard. If I start thinking what others think of me, then it doesn't make sense," he added.

Himesh, who has featured in movies like "Aap Kaa Surroor - The Real Luv Story", "Karzzz", "Kajraare", "Khiladi 786 - Made in Punjab", says he keeps himself busy with his various roles as a singer, actor and composer in the Hindi film industry.

He is now set to feature in "The Xpose", which he is busy promoting. He says he had to lose a lot of weight for this film.

"I have worked really hard for this film. I had to lose lot weight. I used to do exercise and used to finish my dinner by 9 p.m. I work out a lot, and I had to control my diet to be fit."

"So, not just in terms of looks, but in terms of dedication too, I have given my best (to 'The Expose')," he said.

Directed by Ananth Mahadevan, "The Xpose" also stars Sonali Raut, Zoya Afroz and Honey Singh. The film is slated for release May 16.