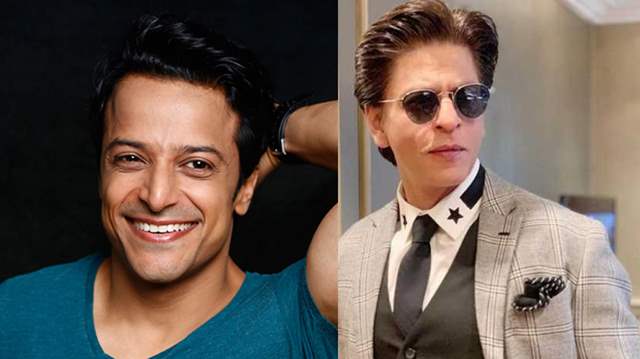 'Rashtra Kavach Om' starring Aditya Roy Kapoor and Sanjana Sanghi released in theatres today. Recently the writer of the film, Raj Saluja shared his views on the success of pan-Indian films over Bollywood.

According to author Raj Saluja, the audience can accept "any damn thing" from the South Industry, but not from Bollywood. He revealed that pan-Indian films are becoming more popular and noted that South movies contain more "illogical actions" than Hindi movies.

When questioned about his action-packed movie Rashtra Kavach Om, Raj claimed that action movies are "always illogical," whether they are produced in India or Hollywood.

In response to the question of whether Bollywood is doing anything incorrectly in light of the popularity of pan-Indian films, Raj emphasized that a movie's box office performance depends entirely on the tastes of the audience. He spoke to News 18 and said,

"It is the audience that decides whom to accept and whom not to accept. For example, if you put, say Shah Rukh Khan in KGF, they will not accept that Shah Rukh Khan can do this. But if Yash is doing it, you are accepting it. Why? Because the pan-India audience is already accepting that the South actors can do this. They can do any damn thing.”

Raj thinks that the same public would not be willing to accept such actions from Bollywood. He continued, that John was doing such tremendous feats in Satyamev Jayate and Attack, but yet the audience did not embrace him, using another action-hero John Abraham as an example. Although audience is willing to accept NTR, Ram Charan, and Yash doing the same.

+ 2
4 months ago First rule of business, never mock, underestimate the power of a customer. Accept that your product was bad or was not marketed properly. Not all South films do well, RRR, KGF2 and Pushpa had something different. Work on bringing a better product than this talk

+ 8
4 months ago im not sure if i understand what he is saying. so if srk does an RRR with rajamouli directing, we wont accept it b/c of the director but if yash chopra make rrr with srk we will?

4 months ago Just few movies have been hit from South - RRR, Bahubali, KGF and Pushpa. One can count on his finger tips. Itna rona uske liye theek nahi hai. In business customer (in this case the audience ) is always right. U don't blame them. U improve your product. Interviews these days reek of insecurity. lol..

+ 15
4 months ago Raj is a great dancer. But he should refrain about making negative comments about Films being illogical