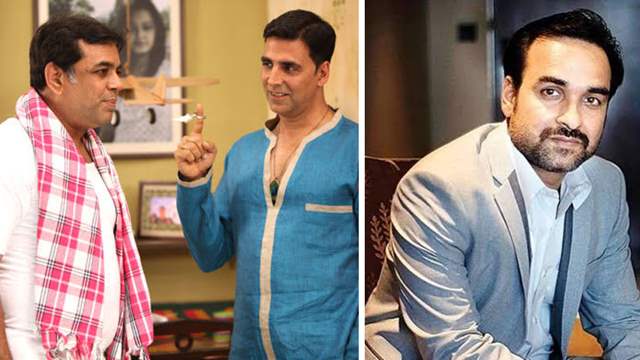 The 2012 film OMG: Oh My God! starring Akshay Kumar and Paresh Rawal was a critical and commercial success. A sequel of the film was announced back in January, however, not much was known about the same.

If recent reports are to be believed, the cast of OMG: Oh My God 2 has been finalised which has Akshay Kumar reprising his role of a God in the film. To much surprise, Paresh Rawal who was part of the first instalment has been ousted from the film and will be replaced by Pankaj Tripathi. A Pinkvilla report quoted a source as saying:

“Oh My God 2 will feature Pankaj Tripathi as the lead character alongside Akshay Kumar, who gets back to play his role from the first part. The discussions have been going on for quite some time with Pankaj and everything is now locked.”

While the first part was directed by Umesh Shukla, OMG 2 will be helmed by a new director, the name of which is currently under wraps. Meanwhile, the film will be produced by Ashwin Varde and Akshay himself.

As per the report, the film goes on floors in the month of September with a two-month schedule and will be wrapped up by October. The pre-production team is working in isolation to explore shoot locations and set designs.

Besides OMG 2, Akshay Kumar has an extensive line of films in his kitty with Ram Setu, Bachchan Pandey, Raksha Bandhan among others.