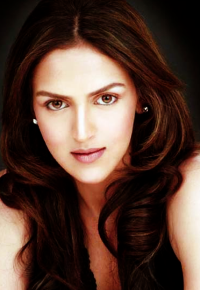 Esha Deol, daughter of legends Dharmendra and Hema Malini, has been absconding from the Bollywood scene since her 2008 flick Hijack. The actress will be seen making a comeback with a film produced by mum Hema, titled Tell Me Oh Khuda.

The reasons for her hiatus post the 2008 release (which didn't do particularly well at the box office) were never laid out distinctly. Her dissatisfaction with the way her career was turning out could have been what prompted her exit, one assumes, but putting all that behind her, Esha is all set to move on with Tell Me Oh Khuda. This Hema Malini production was in planning stages for quite some time before shooting commenced last year on November 2nd.

And already, the shooting schedules are gearing for a wrap up in Goa, this month, with the only remaining piece being a song that has to be filmed in Mumbai. The project required Esha to shed some extra kilos in accordance with the clothes she will be seen wearing, and we hear the lass has worked hard with trainer Satyajit Chaurasia. Esha's co-stars include Arjan Bajwa from Fashion and Chandan Roy Sanyal, who was last seen in Kaminey.

We here at BollyCurry wish Lady Deol all the best in her second stint with the acting career, and hope that her comeback marks the beginning of more fruitful times!