View Profile
Jiah Khan was recently thrown out of Ken Ghosh's flick 'Star'. She was cast opposite Ken favorite Shaid Kapur in the movie and apparently she sent him a few flirty messages and came on too strong. She also wanted to hang out with Shahid soon after they were introduced on the sets. 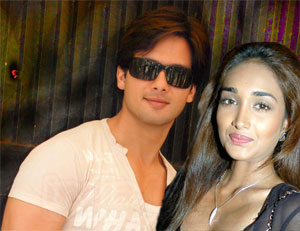 Featured Video
d requested him to replace her. The director agreed, although Jiah was his first choice. Sahid was more precious for him!
Jiah apparently doesn't have a hint about what transpired behind her back.

She said, "I am abroad. I really don't know what's happening in the film. As far as I know, I am doing it."

Very strange…. Could she be acting it all up?

But it seems Jiah is taking her onscreen character in Nishabd too seriously even in her real life. A newcomer booted out on the ground of flirting with the hero! Shame shame girl!

Or is the hero, Shahid Kapur, feeling 'out of the world and not normal' after the famous break up with Kareena Kapoor? Come on, which guy doesn't like a young chick showering him with attention! Or is wild Jiah is simply not his type? He has been linked with Amrita Rao, the elderly Vidya Balan and tennis star Sania Mirza, but he is not settled anywhere yet! There has never been enough about Shahid and the ladies since long now.

Well, as far as the movie is concerned, Katrina has replaced Jiah in it. - (SAMPURN) 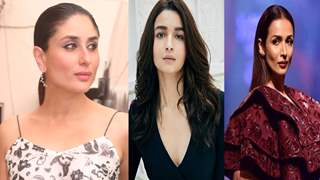