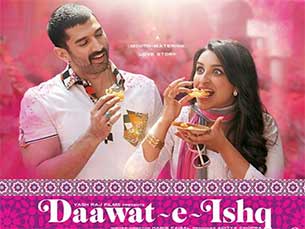 Yash Raj Films' (YRF) upcoming movie "Daawat-e-Ishq", which was slated to release in June, will now hit the screens on Teacher's Day Sep 5.

A source close to the project says producer Aditya Chopra felt the need to add a couple of songs to the film. Since the additional shoot would take some more time, they chose to push the release date.

Also, early September has emerged to be a good time for YRF over the past few years.

"Sep 5 is a lucky date for YRF as 'Mere Brother Ki Dulhan' and 'Shuddh Desi Romance' releasing around the same weekend. We are hoping to be lucky once again as this film has a very fresh concept," said a source.

The film, is directed by Habib Faisal and it stars Aditya Roy Kapur and Parineeti Chopra.