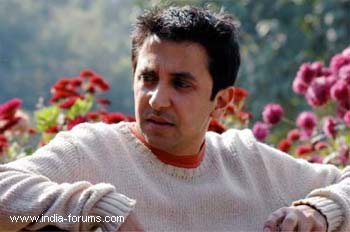 Ashvin Kumar's feature film "The Forest", which was earlier sceheduled for April 13 release, will now hit the screens May 4.

Known for making issue-based documentaries, Kumar has has merged complications of human relationship with wildlife in "The Forest", a love triangle with a subplot of a man-eating leopard.

The 86-minute movie featuring Javed Jafferi, Nandana Sen, Ankur Vikal and Salim Ali Zaidi will be released by PVR cinemas across the country.

"The Forest" has been premiered at Cinequest Film Festival in San Jose in February 2009 and it was also show at the Cannes Market in 2009.

Kumar, son of well-known designer Ritu Kumar, started his filmmaking journey with "Road to Ladakh" that had Irrfan Khan and Koel Purie.

His documentary "Inshallah Football", about a Kashmiri boys dreams to play football and how his father's past jeopardises his dreams, won the National Award for best film on social issues this year.