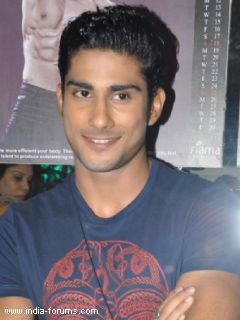 Actor Prateik is unperturbed by the controversy surrounding the song "Hosanna" from his ready-to-release movie "Ek Deewana Tha" and says one should not pay much attention to such things.

"Sometimes it is beneficial to you and sometimes it is not. So, you should not pay too much attention to controversies. You should just focus on working hard on your film and your character. Leave the rest to god," he said at an event.

The Catholic-Christian Secular Forum wanted the word "Hosanna" to be removed from the song as it hurts religious sentiments of certain communities.

Prateik's starrer "Dhobi Ghat" too faced similar issues regarding the use of the word 'Dhobi', while "Aarakshan" got into problems over casting royalty Saif Ali Khan in the role of a dalit.

Prateik is not scared of such things and said: "I am just worried about the result of my films. Besides this, I am not scared of anything else."

"Ek Deewana Tha" is set for Feb 17 release and the 25-year-old's chemistry with his co-star and British model Amy Jackson is creating ripples in the film industry.

Directed by Gautham Menon, the film tells the story of a struggling filmmaker.