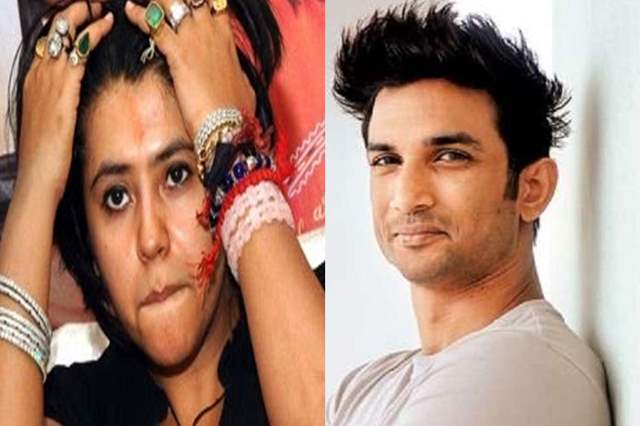 The industry continues to not just express their shock but also cannot believe as to what led to actor Sushant Singh Rajput going on and committing suicide. It is probably one of the most shocking news in recent times and hardly anyone can fathom it.

One person probably feels it more than others and that would be creator and producer Ekta Kapoor. Rajput was what he has today owing to the best kickstart to his career possible as he debuted with Kapoor's massively successful TV show, Pavitra Rishta. Carving his journey from TV to films, Kapoor and Rajput still maintained the best bond even today and that is what Kapoor highlighted too.

Shocked over the news, Kapoor shared a screenshot from her Instagram post one week ago where she talked about how Pavitra Rishta completed 10 years which was followed by the actor commenting "And I'm forever grateful to you ma'am"

This was from just one week ago and indeed when you read it, you feel shocked and baffled all the more. 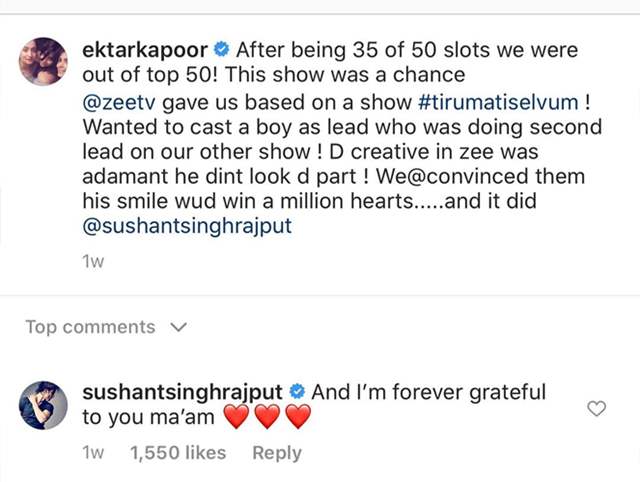 LoLo 1 months ago The article is incorrect. As john909 stated he debuted with Kis Desh not PR. That is where I first saw him and I thought he had unbelievable potential. So sad that he was going through so much and is now gone. You never know how much people are suffering; so very sad.💔

john909 1 months ago Stupid article writer. Atleast bother yourself to get your facts right. He is dead so have some respect to get everything right. He debuted with kis desh main mera dil not pavitra rishta.

SamW92 1 months ago The smile of Manav. My sister used to love him too. Rest in peace.

zee112 1 months ago Will always remember Sushant as a smiling man, may his soul rest in peace.

Kubbra Sait Slammed By Kangana For Supporting ...
19 minutes ago