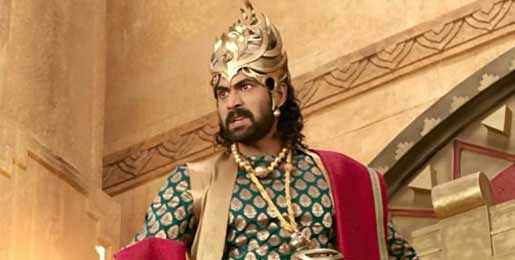 He comes from a noted film family and may be a star down south, but Rana Daggubati says his innings in the Hindi film world has not turned out to be exceptionally great. So, the tall and handsome actor is using his acting talent judiciously now by choosing content that transcends languages.

"It has been an extremely big learning," the actor told IANS when asked to recount his Bollywood journey.

"I'm not exceptionally happy about how I'm moving in Hindi (films), and it's also what made me realise that I can't be everywhere at once. Now, I'm focussing on content that can travel across languages. It will take time and won't be easy, but I will be at it," added the 30-year-old, who has in the past featured in Bollywood films like "Dum Maaro Dum", "Department" and "BABY".

Rana's forthcoming release "Baahubali" -- a mega multilingual project directed by S.S. Rai -- is an example of his motive.

The epic film, the Hindi theatrical rights of which have been bought by Bollywood's hit filmmaker Karan Johar, will be released in multiple languages including Telugu, Tamil, Hindi, Malayalam, English, French and several foreign languages.

It was Rana who enticed Karan into being a part of "Baahubali".

"Right from the time we started the film, I knew we needed a right presenter for it in Hindi. And the first person that came into my mind was Karan Johar, as I knew him. I went to him not with any footage, but with images of stuff that we shot, and told him the story. Then he stepped in and everything fell in place," he told IANS.

Featuring actors Prabhas Varma, Anushka Shetty and Tamannaah in the lead roles, "Baahubali" is scheduled to release on July 10.

Talking about how they recreated an era that's almost 1,000 years old and how the film is going to attract audience in times when more realistic stories are resonating with the audience, Rana said: "Well, cinema is a larger than life experience and we can say this with the success of Hollywood films like '300' and 'Gladiator', and others, which were dubbed and did so well in India."

"Audiences always want this larger than life visual and it needed the right filmmaker to make it," he added, referring to Rajamouli.

Rana, the grandson of late filmmaker D. Ramanaidu and son of filmmaker Suresh Babu, says there were some parts of the film which were difficult to shoot.

"The problem was not Telugu, but the ancient Tamil that I had no idea about. The first day I couldn't get past reading even a line. But then Madan Karky, the dialogue writer, used to write it, tape it and then send it to me... that's how I got it," he said.

With three "extensive years" spent on "Baahubali", the actor feels that it will affect him whether the film is a success or failure.

"But whatever the result will be, I would always be proud that I was part of this epic," said the actor, who found fame in the southern film industry with hits like "Leader" and "Krishnam Vande Jagathgurum".