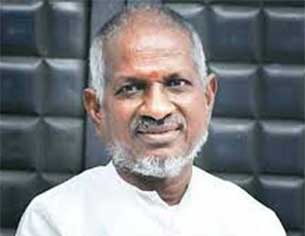 Legendary musician Ilayaraja, who loves photography, says he doesn't enjoy it any more because digital photography is not so fascinating.

"Since everything became digital, I lost interest in clicking pictures. There's not enough depth in digital pictures that you can get with a film roll. We have destroyed something wonderful by introducing digital," Ilayaraja told IANS.

He got so busy with his music career that he could hardly find time to pursue photography and says that it was only while travelling that he clicked.

Despite the time constraint, Ilayaraja has taken over 5000 pictures in over three decades and recently unveiled his work at a photo exhibition here.

"I started clicking pictures in 1978. I could never take out time for it but clicked as many as possible while travelling. I love taking pictures of nature. I still possess several cameras that I bought over the years. I have clicked over 5000 pictures," Ilayaraja told IANS.

Some of the pictures had an impact on the maestro.

"I used to capture something real and moving. There's life in my pictures and they are not random clicks. Once, I clicked a small girl crying in Bangalore. I was moved by it. I clicked her picture but minutes later she disappeared. I couldn't find her again," he said.

Ilayaraja plans to take his photo exhibition to other cities as well as abroad.

"There are plans to do it in other cities of Tamil Nadu such as Coimbatore. I also plan to organise one abroad for my fans in Dubai, Singapore and London. These are just ideas we are working on," he added.

As a celebrated musician, he has composed music for over 900 films in several languages.

He is all set to soon start working on filmmaker R. Balakrishnan's Hindi project with Amitabh Bachchan and Dhanush.