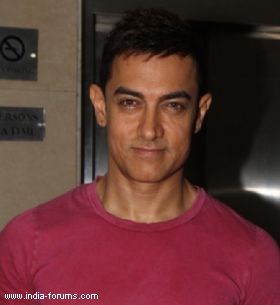 Bollywood actor Aamir Khan Friday shot off a letter to the Election Commission, declaring that he is not endorsing any political party in the 2014 Lok Sabha elections.

He has also sought the poll panel take action to rectify rumours hinting that he has been associated in any manner with the Aam Aadmi Party headed by former Delhi chief minister Arvind Kejriwal.

"Aamir Khan, from day one has made it clear that he will not be endorsing a particular political party. He is not supporting or campaigning for any political party," said a statement issued on behalf of the actor.

The provocation for Aamir's statement is said to be a picture of the actor circulating on various social media indicating that he would vote for the AAP.

The image also shows former president A. P. J. Abdul Kalam, south Indian actor Mohanlal and former cricket captain Kapil Dev - though it is not clear whether the picture is a fake.

Khan's complaint to the poll panel came even as the latter was repotedly toying with the idea of making him a brand ambassador for the 2014 elections and promoting the 'Right to Vote.'